Last Updated 25.09.2020 | 7:23 PM IST
feedback language
follow us on
Home » News » Bollywood Features News » Bollywood News EXCLUSIVE: “Sushant Singh Rajput did not vent out his feelings and that could be one reason for his depression”, says Chetan Bhagat

Chetan Bhagat, who is currently promoting his upcoming book, has spoken to Bollywood Hungama exclusively regarding Sushant Singh Rajput and meeting him for the first time. For the unversed, Sushant Singh Rajput’s debut film, Kai Po Che, was an adaptation of one of Chetan Bhagat’s namesake novels. The film happens to be one of the favourites of the audience now that it’s available on OTT. Chetan Bhagat recalls meeting Sushant when he agreed to do the film because he was nervous for the late actor. 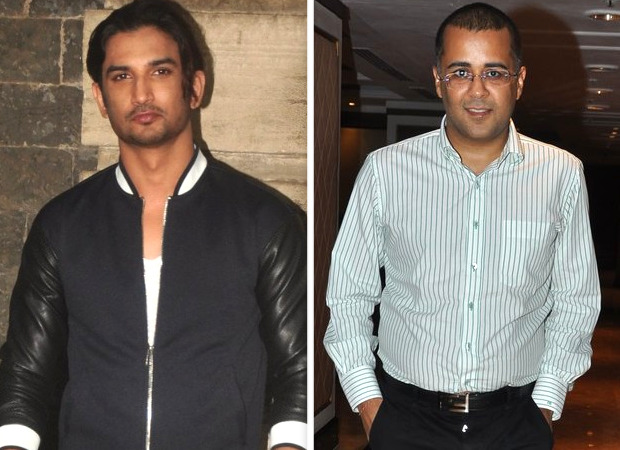 Chetan said, “I was very nervous when he agreed to do the film because the films had riots, and he was not even a romantic lead in the story. So, when I met him, I asked him why he agreed to do the film as a debut and he said that he used to read my novels during his engineering days. I was very nervous because Sushant had bet his life on my story. If that wouldn’t have worked for him then I would have somehow managed since I do other things as well, but that wasn’t the case for Sushant. But, Abhishek Kapoor made a fantastic film, it was a hit and Sushant became a star so I was satisfied.”

Speaking of his next, Half Girlfriend, Chetan Bhagat says, “I even went to him with Half Girlfriend, he had signed it also but he had also signed some other film. There was a big clash of dates but he chose to do the other film which I believe was Raabta. I also spoke to him about Revolution 2020, but that didn’t work out since I got busy with other books. We might make the film but if he were here then I would have definitely wanted Sushant to do the film.”

“The last one or two years he went through a bad phase, the bad media reports really affected him, the blind items and accusations are really hurtful. Maybe he did not vent out his feelings and that could be one of the reasons that he went into depression as people are suggesting. We cannot be commenting on this since it’s the Supreme Court who will decide the final verdict. But I felt really bad. During the 3 Idiots controversy, people told me I will be blacklisted and it was Abhishek Kapoor and Sushant Singh Rajput that saved me. Of course there was Rajkummar Rao and Amit Sadh, too. Suhant also got launched in the film so in a way we both owe each other a lot. I was devastated when I heard the news of his death, Abhishek used to tell me that we were like his mother who birthed his career in Bollywood.”