The blockbuster success of Pushpa: The Rise – Part 01 has finally put the spotlight on Goldmines Telefilms, headed by the enterprising Manish Shah. Many might not know him but he’s the one who introduced the idea of releasing dubbed films on satellite channels more than a decade ago. In short, it’s thanks to him that crores of people across the country are getting their daily dose of entertainment! It’s also thanks to him that the industry with a turnover of Rs. 800-1000 crore a year has been created and is growing each year.

The first South fare acquired by Manish Shah was the Telugu film Mass (2004), which was released in Hindi on TV as Meri Jung - One Man Army in 2007. As per a 2021 interview of Manish Shah, the films then used to enjoy a TRP of around 0.8. Meri Jung - One Man Army’s TRP, meanwhile, was a mind-boggling 1.2. And the rest is history as non-South speaking audiences became as acquainted with the names of the Southern actors and actresses and their films as their Southern counterparts. And it’s this habit of watching dubbed South films that proved beneficial when Manish Shah released Pushpa: The Rise – Part 01 on the big screen. The Allu Arjun starrer recorded great occupancy from the first show, as he was already a favourite of the masses.

In an exclusive interview with Bollywood Hungama, Manish Shah, currently the biggest player in the dubbing industry, speaks about the success of Pushpa: The Rise – Part 01, future plans and also opens up about the YouTube channel of Goldmines Telefilms, currently India’s fourth most subscribed channel with 60 million plus subscribers.

Did you expect Pushpa: The Rise – Part 01’s Hindi version would do so well?
I never expected it’ll be such a huge hit. I was confident it’ll succeed at the box office. Par itni badi hit ho jaayegi, yeh nahi pata tha. It’s all because of luck. The first week collections were Rs. 27.50 crores and in the second week, the film collected around Rs. 20 crores. Usually, if a film collects Rs. 47.50 crores in the first two weeks, the lifetime of such a film is expected to be around Rs. 60 crores. In short, the first two weeks gives you 80-85% of the collections of a film. Pushpa: The Rise – Part 01, however, is a unique case where the collections of the first two weeks are going to be 50% of the lifetime and the balance 50% of the earnings will come from the remaining weeks! This was possible because Jersey, scheduled to be released on December 31, was postponed. In the third week, our film should have earned a maximum of Rs. 10 crores. But thanks to Jersey’s postponement, Pushpa: The Rise – Part 01’s week 3 collections amounted to Rs. 22 crores. Similarly, our fourth week collections should have been Rs. 2.50 crores at the most. But as RRR got pushed ahead, Pushpa: The Rise – Part 01 was able to earn Rs. 12 crores in the fourth week. In short, since no new films were released, we got a clean run. Luck and timing played a crucial role here.

What made you back the Hindi version of Pushpa: The Rise – Part 01's theatrical release and what made you pick up this film to kickstart your theatrical journey in a big way?
We had released films in the past, but on a smaller level like the Hindi versions of Sarrainodu (2016; starring Allu Arjun), DJ (2017; starring Allu Arjun), Katamarayudu (2018; starring Pawan Kalyan) etc. After the success of KGF (2018), I got a feeling that action films have a huge market. Hence, I felt that we could experiment (and release a dubbed film on a big scale). Also, cinemas were shut since March 2020. Audiences were starved of mass content. Films did release on OTT but none of them was mass action films. Hence, we decided to release the Hindi version of Pushpa: The Rise – Part 01 and our experiment was successful.

Do you think Pushpa: The Rise – Part 01's success is an eye-opener for Bollywood?
For sure! We need to make mass movies. Bollywood has forgotten to make such films, which were made in abundance in the 90s. Humne Sholay banayi 1975 mein. Dusri Sholay nahi aayi hai ab tak. We are not making films like Mohra, Wanted, Dabangg, Singham etc. anymore. Our writers are not writing films like how Salim-Javed did. Where do we get to see raw action in our films anymore? Hum angry young man ko bhool hi gaye hai!

Is Allu Arjun happy with Pushpa: The Rise – Part 01’s success? What does he have to say?
He’s very happy. After all, a new market has been opened for him. Allu Arjun has personally thanked me in the press conference which was held a day before the film’s release.

Allu Arjun’s film DJ is the most viewed film on Goldmines Telefilms’ YouTube channel with 451 million (45.10 crores) views and counting. Which are the other most popular films from your library on TV and YouTube?
The dubbed version of nearly 80% of big Tamil and Telugu films are with Goldmines Telefilms. Whether it’s Allu Arjun, Ram Charan, Vijay, Ajith or Mahesh Babu, the rights of 80% of all their films in the last 10-12 years rests with us. I have dubbed all their films and each one of them have worked. Today, if you play any movie channel, 80% of the films being played are dubbed movies.

The movie channels should be thankful to you!
Now I even have my own channel, Dhinchak. As per the last week’s ratings, in the Hindi-speaking market (rural), we are on number 1. It’s a feat that we have held for a year. As per last week’s ratings, in the urban market, we are ahead of Zee Cinema. We are in number 3 position, after Star Gold and Sony Max. This has been possible thanks to the dubbed movies and it proves their power. 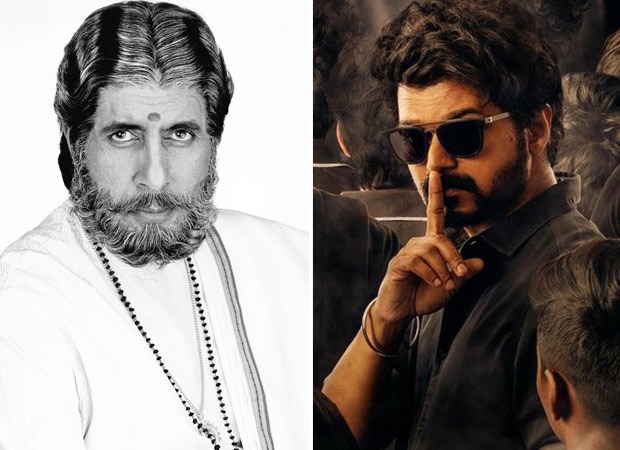 You also hold the rights of Amitabh Bachchan-starrer Sooryavansham (1999), a hot favourite film in the world of memes. It enjoys a mind-boggling 246 million (24.6 crore) views and counting on your YouTube channel…
It is an evergreen movie. If you ask the top 5 films on the satellite of all time, the answer is Sholay (1975), Nayak (2001), Sooryavansham, Taarzan: The Wonder Car (2004) and Singham (2011).

Out of these, which are the films whose rights you own?
Sholay, Nayak, Sooryavansham and Singham.

Do you hold the dubbing rights permanently?
Yes, it is perpetual. Today, Goldmines has the biggest library in India. We have more than 2000 movies whose perpetual rights we have.

What do you think your target audience desire in a film?
They just want entertainment. They are not interested in sad and dry subjects. Many of them work full day. When they return home or when students are tired of studying the whole day, all they want is to watch a fun-filled entertainer. Escapist cinema, in short.

Also, one has to understand that 90% of the homes have just one television set. In the hinterland, even today, the system of joint family is very prevalent. In such families, when the 80-year-old grandpa, 50-year-old father and 8-year-old son all sit together in front of the television, they’ll not be comfortable watching films replete with sex, abuse, violence and kissing. All these elements are missing in South films. Violence is there but it’s toned down. It’s more in the zone of fantasy. Ek hero bees gundo ko maar deta hai. Aur jab hero gunde ko maarta hai, toh gunda 6 feet upar udd ke neeche girta hai! All this is fantasy action. Ala Vaikunthapurramuloo is in the same zone.

What are your future plans? Which films would you release in cinemas next besides Ala Vaikunthapurramuloo?
We are looking at releasing Mersal and Rangasthalam in Hindi.

Will these films be released in February?
It all depends on when the flow of Hindi releases shall commence in cinemas. If Hindi films begin to release, then we’ll have to move cautiously. After all, these dubbed films are all old.

And these films have never come on TV…
Yes. I had blocked them for my channel. I’ll air it on Dhinchak. In fact, we have some of the biggest films of South with us whose dubbed versions have not come on any satellite channels.

Besides Allu Arjun, whose films do you think should now release in cinemas and whose films can work big time?
Prabhas, Ram Charan, Jr NTR, Vijay and Mahesh Babu.

Why do you think Vijay’s Master (2021) didn’t work in Hindi?
Master is again not a family subject. The film deals with drugs, kids indulging in crimes, remand homes etc. The comedy is minimal. The typical escapism is missing in the film. It’s quite a realistic film. The director Lokesh Kangaraj’s films don’t work on satellite, be it Master or his previous film, Kaithi.

Do you also hold the rights to Vijay’s super-hit film, Bigil (2019)?
Yes, I do hold its rights. Whether or not I release these films in cinemas depends on how Ala Vaikunthapurramuloo performs at the box office.

Would you like to produce original Hindi films?
Yes, and again, we’ll do it at the right moment!

There were reports that you have been paid Rs. 8 crores by the makers of Shehzada to not air Ala Vaikunthapurramuloo on television. Is it true?
Not at all. All these films have been brought for my channel. Hence, I don’t need to sell it to any other channel. Ala Vaikunthapurramuloo is also one such film. It’s a blockbuster. I’ll play it on my channel. I have nothing to do with the makers of Shehzada. Na maine unse paise liye hai, na maine unse maange hai. 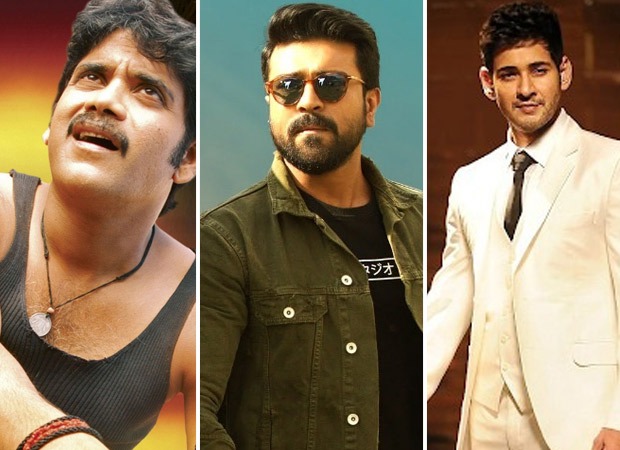 Your first film was Meri Jung - One Man Army, whose dubbing rights you had bought in 2007…
Yes. We sold it for Rs. 7 lakhs. Today, we are offered nearly Rs. 20 crores for a film! The kind of appreciation that the dubbed films have received one, no other genre enjoys such kind of fan following. From Rs. 7 lakhs to Rs. 20 crores, that’s a jump of 300%! Kabhi suna hai aapne aisa? Have you ever heard that a piece of land worth Rs. 7 lakhs in 2007 was sold for Rs. 20 crores after 13 years?!

There is such a big chunk of film lovers who want to see mass entertainers. However, we are not giving such films to them. At Goldmines, we have created an industry out of nowhere.

Coming back to Pushpa: The Rise – Part 01, reports also said that you have made a profit of Rs. 44 crore from the film?
It’s not true. Nobody has neither calculated the interest nor how much is the revenue share and what our expenditure is out of it. In the 3rd and 4th week, our revenue share from theatrical is just 37.50%.