He has been around on the big screen for almost half a century. He has done close to 150 films already, with almost 100 as a leading man. He has seen commercial success in the times when Amitabh Bachchan, Jeetendra, Mithun Chakraborty and Anil Kapoor ruled. And now has is doing everything playing a hard-core villain to a loving grandpa to a grumpy old man one film after another. 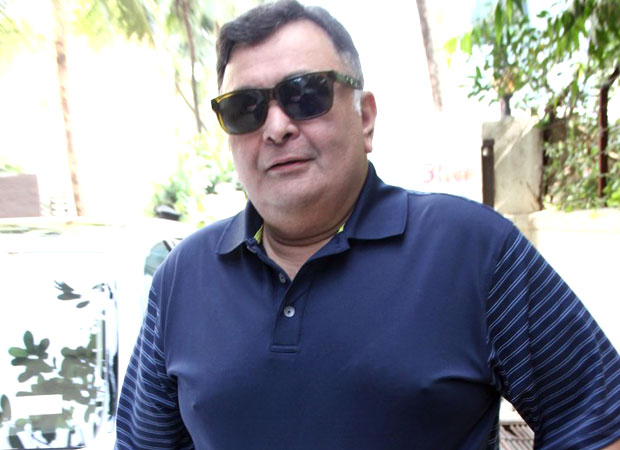 That's Rishi Kapoor, the veteran actor that I have had the pleasure to interact quite a few times, ever since I met him first in his vanity van when he was shooting in Delhi for Do Dooni Chaar back in 2010. I still remember asking a question twice in a space of 15 minutes. In his Kapoor 'andaaz' he retorted, 'Yaar kya aadmi ho, abhi toh bataya tha main yeh sab'. And soon he laughed, I laughed along as well, he put me at ease, I realized there and then that he wasn't one who can be expected to be politically correct, and what you see is not a mood swing, that's what he actually is.

We have been interacting ever since, and it is not just restrictive to the release to his films. We sometimes happen to talk about film trends in general, and if you ever wish to have the most honest critique of Ranbir Kapoor and his films, the man to go to is Rishi Kapoor.

This is the reason why he is the most honest when it comes to his own performance and films. Not that he is supremely appreciative about that each and every time. However, of late the kind of work that he has done deserves a lot more appreciation and acknowledgment than ever before.

His recent release Mulk is one such example. First things first, the man is not putting a foot wrong. He cannot even if he wants to; after all, he is a veteran of 150 odd films. As they say, when you have been in front of the camera for so long, aap chaah kar bhi kharaab acting nahi kar sakte. However, in Mulk he has played a real fine character and come up with a balanced and nuanced act. The film is still in the running; it could have done even better had the shows been retained during the release of Gold and Satyameva Jayate. Everyone associated with Mulk, be it, Rishi Kapoor, Anubhav Sinha or Taapsee Pannu regret that.

Nonetheless, for audiences, there is so much to see of Rishi Kapoor. Just a few months back he did 102 Not Out. The film had Amitabh Bachchan in the title role. However as you watched the film, you realized that it was more about Rishi Kapoor's character going through different transitions. Big B was indeed Big B, he was boisterous and fun. However, Rishi Kapoor showed that he was standing tall as well.

This is the reason why when Kapoor & Sons, his other accomplished work in the recent times, released, one fell in love with all that he had to offer. Not to forget the fact that youngsters went in to watch Sidharth Malhotra, Alia Bhatt and Fawad Khan. However they came back smiling after watching the veteran actor playing a 90 something man, and with aplomb. He changed everything about him, be it the looks, voice or the body language. What fun he brought on screen.

Mulk, 102 Not Out, Kapoor & Sons - Different men, different shades. After all he is the same man who was displaying his versatility with films like Agneepath, Shuddh Desi Romance, Aurangzeb (one of his most underrated acts) and of course D-Day not too far back in time.

Rishi Kapoor stays on to be the man of all seasons. His upcoming films like Body, Rajma Chawal and Jhootha Kahin Ka could well be the testimony to that fact.

Yes, he deserves a lot more acknowledgment for what he stands for.