It is safe to say that Ranveer Singh is winning in life and career. The actor kick-started 2018 with a bang with box office success Padmaavat, then went onto marry Deepika Padukone and finished the year with blockbuster Simmba. While the actor is currently enjoying his holiday with Deepika, he is also basking in the success of Simmba which has crossed Rs 100 crore at the box office. As Ranveer has many interesting projects ahead, his eight year journey has been a memorable one for him. 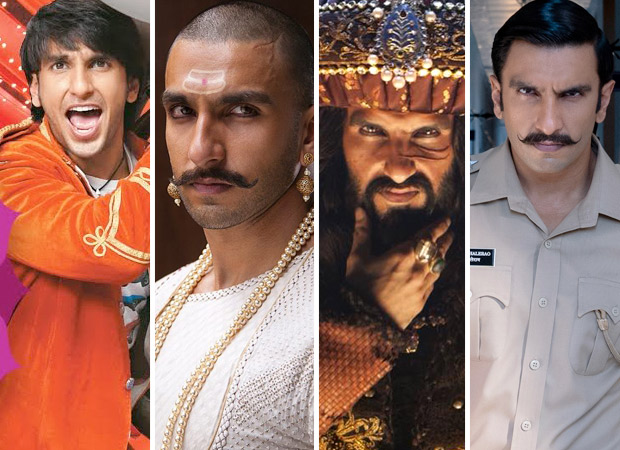 During Simmba promotions, when Ranveer Singh spoke to Bollywood Hungama, he talked about how raw he was during the shooting of his debut film Band Baaja Baaraat in 2010. The film completed 8 years in December and also marked 8 years of Baba in the film industry. "You know, it's crazy. I was so raw when I began Band Baaja Baaraat. I used to know nothing like where to stand, what is vanity van. 'Okay! One has to sit in vanity van and they will call me?' I used to go and sit in vanity and wait for them to call me for the shot. I really used to not know what the man standing with boom mic would do. I asked Anushka Sharma, 'Is he going to stand like this, full time?' I really used to not know anything as I was so raw," he said.

Over the past few years, Ranveer Singh has showcased his versatility through his performances in Lootera, Ram Leela, Bajirao Mastani, Dil Dhadakne Do and Padmaavat. With Simmba, the actor finally got to display his mass entertaining side too. Talking about evolving as an actor, Ranveer said, "Now, I have grown and evolved as an actor and performer. And now, I can really play the crazy, you know. Simmba's first shot - one take okay! (laughs).

Also Read: #2018Recap - The most definitive roundup – Bollywood strikes BIG – Here is a list of all the RECORDS you want to know