Rani Mukerji is currently in Melbourne, attending the Indian Film Festival of Melbourne 2018. The actress also attended a press conference a day ago where she shared the stage with some prominent dignitaries and also Bollywood celebs like Rajkumar Hirani and Vicky Kaushal. Now the actress has received a special honour of hoisting the Indian national flag in Melbourne, just a couple of days before India’s Independence Day. 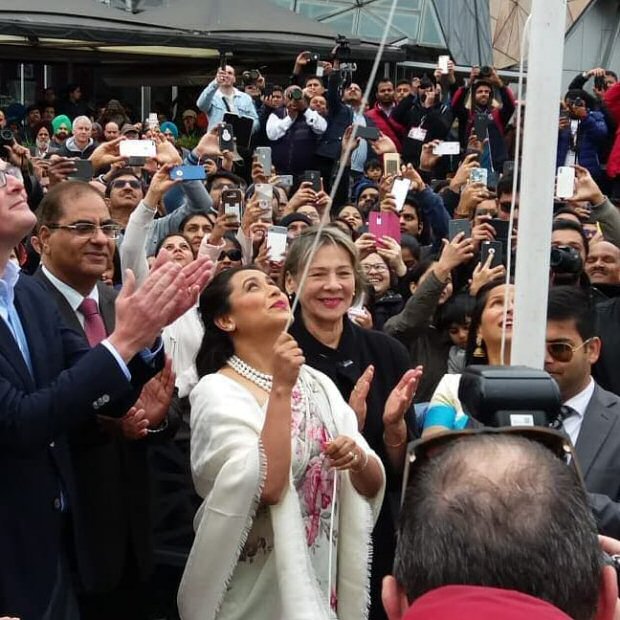 Rani Mukerji hoisted the flag at the Federation Square in Melbourne along with Indians and Australians and the Victorian Premier Daniel Andrews and IFFM director Mitu Lange among others. Here’s a glimpse of the same.

With over 10,000 people watching, Rani spoke of the honour and said, “I think it’s a matter of honour for anyone to hoist their national flag. And the fact that I’m doing it in Australia so far away from home is even more special and makes it more patriotic. I’m humbled that this honour's been bestowed upon me by Mitu and the Victorian government so I must thank them. I have had the love of the audiences for the last 22 years and it’s that love that has got me here today. So I must thank the audiences the most. I most remember the patriotic song from my father’s film Hum Hindustani, ‘Chodo kal Ki Batein’. I really miss him here today.”

Rani Mukerji and Vicky Kaushal also took to the stage to dance with the children from Emotion 21, a dance company that works with children who love dance and have down syndrome. The actors danced to the song ‘Jai Ho’ from Slumdog Millionaire with the children.

On the work front, Rani Mukerji was last seen in the YRF film Hichki. She played the role of a teacher with a Tourette syndrome who fights for the education of slum kids. The actress is yet to announce her next project.