John Abraham had two releases this year – Attack and Ek Villain Returns – and he also released his production recently, Tara vs Bilal. He has already begun work on his forthcoming films like Tehran and Tariq. And that’s not all. The dashing actor has secretly begun shooting for another exciting film, titled The Diplomat. Bollywood Hungama has found an interesting aspect about this flick. 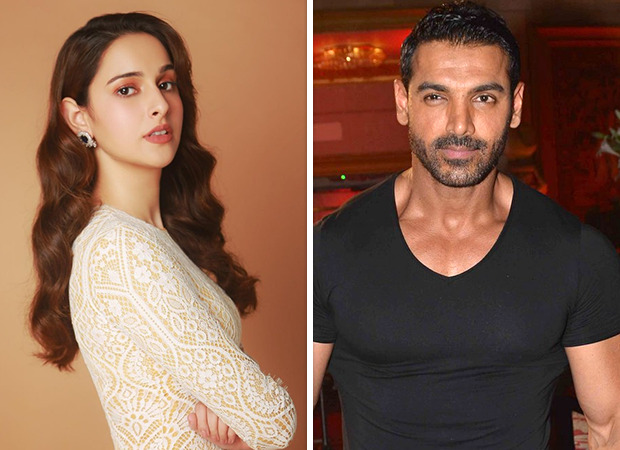 A source told Bollywood Hungama, “Sadia Khateeb, who was recently seen in Akshay Kumar-starrer Raksha Bandhan, has bagged an important part in this film. The makers felt she was apt for the role as she nailed the auditions. Her work in Raksha Bandhan along with Vidhu Vinod Chopra’s Shikara (2020) also came to her benefit.”

The source further said, “The Diplomat is being directed by Shivam Nair of Special Ops and Naam Shabana (2017) fame. It went on floors a few days back in Chandigarh where a major Pakistani city has been recreated. The first schedule is expected to go on for around 20 days.”

The Diplomat tells the story of Uzma Ahmed, an Indian national who was forced to marry Pakistani national Tahir Ali at gunpoint in Pakistan. However, External Affairs Minister Sushma Swaraj took it upon herself to bring her back home. The project was supposed to be directed by Dhiraj Kumar and he had expressed the desire to work with Tabu and Parineeti Chopra and even Taapsee Pannu for different characters in the film. Later, Tabu made it clear that she was never approached for this film.

A month later, it came to light that Shivam Nair was given the task to direct and he had confessed that he’d like Ileana DCruz to play the film. Ileana had even confirmed that she was approached and that she liked the part. Meanwhile, rumours floated that along with Ileana, Saif Ali Khan is also being considered. The film was last in the news in 2019 after which it was only in July 2022 that Shivam Nair officially said that John Abraham has signed the lead role. He also said that the actor in The Diplomat plays the role of J P Singh, India’s former Deputy High Commissioner in Islamabad, who helped Uzma Ahmed’s return to India in 2017.

With so many films in hand, John Abraham is sure to have a busy 2023. His first release next year, however, will be Pathaan, co-starring Shah Rukh Khan and Deepika Padukone.