Neha Dhupia is one of the gang leaders on the reality show, Roadies Revolution. The actress made headlines when she slammed a contestant on the show recently. Neha was subjected to a lot of trolling and hate messages. The hate messages were not only limited to her but her family and friends were also at the receiving end. In an exclusive conversation with Bollywood Hungama, Neha Dhupia opened up about the controversy. 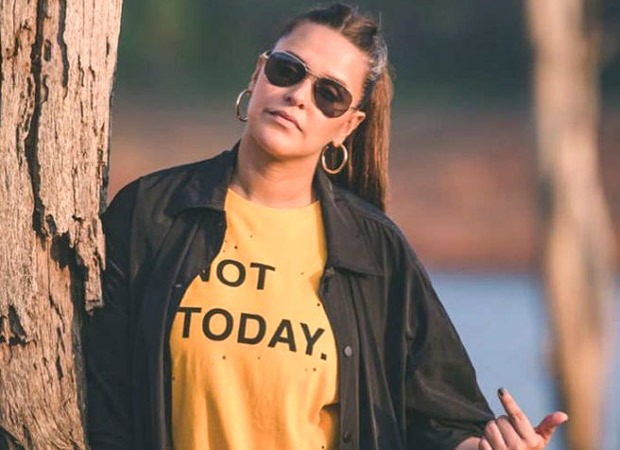 When asked about how she is dealing with all the trolling, Neha said, “I love every bit of being on the show. It comes with its own reputation but this year the show is called Roadies Revolution where you are trying to make a big difference through it and sometimes in the light of doing television which is reality a lot of things are said because you feel strongly about it and there was one such incident. Unfortunately, a small chunk of what I said was kind of highlighted, whereas what I was trying to imply was the fact that under no circumstances is domestic violence, okay and therefore I think only half of it was picked up and I was trolled extensively for it as I am still being. Honestly, whatever I had to say I took time and put it out in a statement and I still stand by it.”

Soon after Neha put out her statement, many celebrities from the industry came out in support of the actress. “To be able to be in a position you put what you feel very strongly about with the best intention in mind. I thought the right thing would be to give my stand and my side out. And to have so many people come out in support. Clearly, I come from a place which is in agreement with a lot of people,” she said.

Neha said that Dia Mirza was the one who actually called her up to ask what was happening. “Dia called up and asked what was happening. I was like I am just going to put my side out so that I can clarify. I am okay being trolled but I am not okay with people believing that I stand for one or the other. I do not stand for adultery, but I definitely do not stand for domestic violence. And it's not okay if that part of me does not come out publicly.”

Talking about her views on trolling, Neha Dhupia said, “I think it is unnecessary and so unimportant. I don't know where the concept came from because what ends up happening is one kind of point of view. I can understand, online if you want to have a point of view which is fine. For instance, if you look at film critics, they like films and then they don't like films, they have a point of view and I totally respect that. But as far as trolling is concerned it's like lets just get after this person and bash this person and let's bash anybody this person speaks to and anybody they speak to and then you pick up friends and family and it's just unfortunate and then it becomes a loop and it is the same set of people. Initially, you start questioning as to why it is happening and later you are like just ignore it and there is nothing you can do. Later on they will continue to do it with another subject. I honestly don’t know where this concept came from and why it happens."