Last Updated 29.11.2022 | 9:43 AM IST
feedback language
follow us on
Bollywood Hungama » News » Bollywood Features News » EXCLUSIVE: Karan Johar on Shah Rukh Khan’s return to the big screen: “When Pathaan does come, it’s going to be a tsunami at the box office”

Karan Johar is back with a new season of Koffee With Karan. The seventh season kicked off with his Rocky Aur Rani Ki Prem Kahani co-stars Ranveer Singh and Alia Bhatt. Ahead of the show, the filmmaker spoke to Bollywood Hungama about the show, what to expect from the new season since it is now on a digital platform, and more. 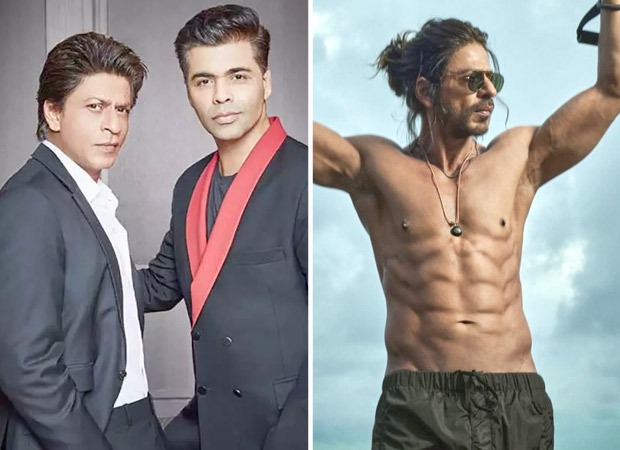 EXCLUSIVE: Karan Johar on Shah Rukh Khan’s return to the big screen: “When Pathaan does come, it’s going to be a tsunami at the box office”

In a recent interview with Bollywood Hungama, when he was asked whether Aamir Khan and Shah Rukh Khan would grace his show, Karan said, “Well, Aamir, yes. Shah Rukh, I think should really only explode at the time of Pathaan. So I know he is not doing much, not facing any media right now and that’s the best decision for him because when Pathaan does come, it’s going to be a tsunami at the box office. Shah Rukh Khan has kept people waiting and desired and the more they wait, the more they will really give back in terms of love, to I believe the biggest star of our country.”

While it seems like Aamir Khan will be on this season of the fun chat show, Shah Rukh Khan's appearance doesn't seem possible considering how much he wants to return in front of the media and fans when Pathaan promotions begin.

ALSO READ: Koffee With Karan 7: Karan Johar to have Gauri Khan, Maheep Kapoor and Bhavana Pandey as guests in the new season