There are times when music gives you all 'THE FEELS', cheers you up, makes you fall in love, and takes you through a journey of emotions. Those emotions are often stemmed from a connection you have with the artist. When the artists' reinvent themselves with each era of their music, keep their 'core essence' in place but also ensure that they bring something to the table, it makes you love them even more. That's exactly how one feels about the South Korean powerhouse female group TWICE.  The group of nine women— Jihyo, Nayeon, Jeongyeon, Momo, Sana, Mina, Dahyun, Chaeyoung, and Tzuyu — was formed via a reality survival show called Sixteen. They were JYP Entertainment’s first group since launching Miss A in 2010. 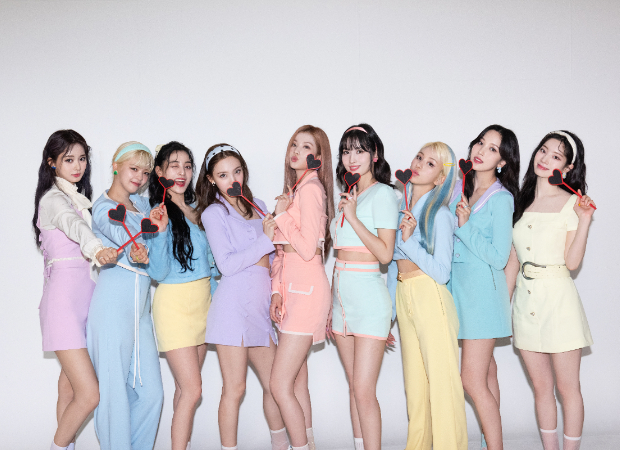 Formed in 2015 October, the group has been all about spreading an enormous amount of happiness and joy with their ever-so-amazing discography. They bring the flavour, the feels, the vibes, music, and those stunning vocals to their millions of audience. Back in October 2021, TWICE did their first-ever India interview with Bollywood Hungama where they spoke at length about their first-ever English single ‘The Feels’ which has now become TWICE’s first-ever song on the Hot 100 marking the group’s entry on the chart. The song entered the Hot 100 chart with its weekly ranking of the most popular songs in the United States at No. 83. The song also debuted at No. 5 on Billboard’s Digital Song Sales chart this week, making TWICE only the second K-pop girl group in history ever to make the top 5.

With that being said, today, on November 12, TWICE dropped their third studio album Formula of Love: O+T=<3 with stunning title track 'Scientist'. The group tries to decode the formula for love in the science lab-centric music video. The song is co-composed by English singer Anne-Marie, along with Melanie Fontana, Michael “Lindgren” Schulz, Tommy Brown, Steven Franks, and 72. It blends deep house, dance-pop with synth beats that are definitely making every groove.

In their first-ever video interview in India and a second interview with Bollywood Hungama, TWICE talk about their album Formula of Love: O+T=<3.