Shahid Kapoor and Mrunal Thakur starrer Jersey was all set to hit the theatres on April 14. The film was set to clash with the much anticipated pan-India film K.G.F- Chapter 2 starring Yash in the lead. However, three days before the release of the film, on April 11, the makers of Jersey announced a new release date for their film. Jersey will now be released on screens on April 22. 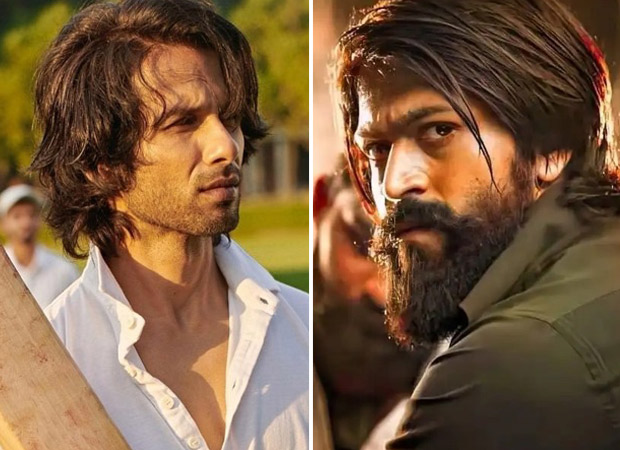 EXCLUSIVE: Before Jersey got postponed, here’s what Shahid Kapoor had to say about the clash with Yash starrer K.G.F- Chapter 2

While both KGF-Chapter 2 and Jersey will have a solo release, a week apart, Shahid Kapoor had addressed the clash between the two films in a recent interview with Bollywood Hungama. When asked about how he deals with two films releasing on the same day, Shahid said, “I don’t have much experience with it. I think it might be the first or second time that I have another film releasing on the same day. But firstly, both are very different films. Secondly, this is a proper Hindi film while the other film (KGF 2) is a Hindi dub. The film has an audience and people love the first part. But the genres are different. That is a hardcore action and this is more family, story-based, emotion-based, relationship-based sports film. That one is an out-and-out action film. We have a four-day weekend. On such a long weekend, two big films which people shower with love can run in the theatres.”

“We felt it is a great date. I think Lal Singh Chaddha was supposed to come on this date. Aamir Khan's film was not ready and he had to move ahead. When we heard that we felt it was a great opportunity to take up the date and we took it. You keep it simple. If you start overthinking these things, a lot of thoughts can come in your head. We also feel good about our film. We feel that the audience who like Jersey will come to watch the film,” he added.

Announcing the new release date of the film, producer Aman Gill said, “As a team, we have put our blood sweat, and tears into Jersey and would like our beloved film to reach all of you in the widest possible way. Jersey will now release on 22nd April.”