The Kashmir Files has emerged as one of the greatest hits of Hindi cinema. The credit obviously goes to director Vivek Agnihotri and the cast and crew for coming up with such a powerful piece of cinema. However, one can’t deny that the marketing strategy adopted by Zee Studios was a crucial factor in why the film became much talked about. The promotions were such that everyone in the country was intrigued to see what exactly this film is about. 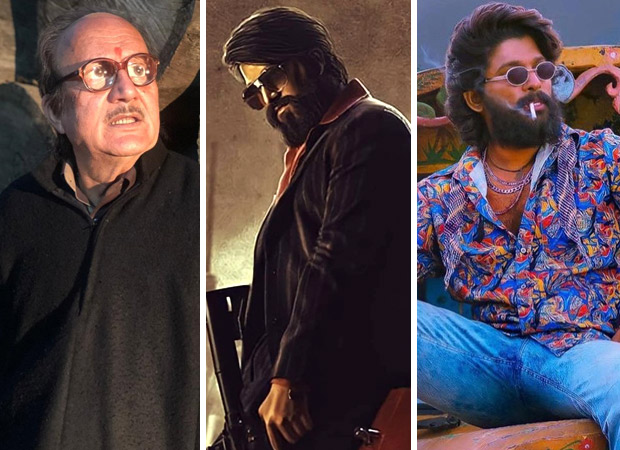 Bollywood Hungama exclusively talked to Neeraj Joshi, head of Marketing, Zee Studios, to further understand how they managed to nail the marketing aspect so well.
The Kashmir Files was not a usual Bollywood film. How did you and your team get the marketing right? It aroused a lot of curiosity…

We had even produced The Kashmir Files. So, we knew the script from day 1 and the kind of film that it can be. After Vivek’s The Tashkent Files (2019) ran for over 100 days, we know that people are looking for content which is enlightening them at some level. Also, we knew that The Kashmir Files is an eye-opener and moreover, it’s a difficult watch. That’s one thing that Vivek and I were very clear about, that the pitch of this film is pain. We were also clear that we don’t need to say too many things. We would not talk about politics, what went wrong etc. The idea was to inform viewers that this is a tragedy that took place, which they don’t know about, and our film is based on that tragedy. So we adopted a very simplistic approach because when you try to communicate too much, things start getting lost. The audiences are intelligent and that’s one thing that we tend to ignore. Also, we wanted to respect their time for whatever piece of communication we wanted to put out.

Marketing-wise we knew that standard format marketing won’t work here, like putting up hoardings, appearing on TV shows, paper ads, etc. as we wanted audiences to feel what we were trying to project rather than display it. That’s why we had such a long campaign. This was one of the longest campaigns of my career! We started it in November 2021, when the first asset started rolling out officially. The campaign was going to be of three months as The Kashmir Files was scheduled to be released on January 21, 2022. After the film got pushed due to the third wave, we still continued the marketing. Usually, the marketing stops when the film gets postponed and restarts when the new release date is decided upon. So from November 2021 to May 2022, when we had a musical event at the Opera House and when the film premiered on Zee5, it was a 7-month long campaign! No studio does this. The marketing finishes when the theatrical run finishes. Now, the second leg will start.

What can we expect in the second leg of promotions?
Now, we want to take it to that part of the world where Indian cinema does not reach traditionally. This is because such acts of terror are universal in nature. Just recently, there are reports that ISIS militants tricked a mother into eating her kidnapped son. It was so freaky how acts of terrorism are similar everywhere. So, we feel that there’s a wider scope for the film’s appreciation.

Internationally, we don’t want to make it seem like a regular Bollywood film. Then, a certain perception is made in the market. The idea is to take it to the audience who won’t be averse to watching a good film, irrespective of their ethnicity. For example, you’d watch a film like Nomadland or Parasite, although these films have no relevance to the Indian context.

We have also started our festival circuit now, beginning with the screening at the National Film Festival of Jammu & Kashmir.

The Kashmir Files also made a lot of noise on social media.
The number of impressions generated of The Kashmir Files on social media is 314 million, higher than that of KGF and Pushpa and at par with RRR. It garnered more share of voice than KGF and Pushpa combined on digital. Basically, this is the highest in the history of Bollywood. It potentially reached every Indian digitally more than thrice. The film was a talking point across Facebook, Instagram, Twitter, WhatsApp and

Telegram all through the campaign.

Is Vivek Agnihotri one of the biggest stars today? The way he promoted the movie also aroused curiosity. His next film can open just because of his name attached to it!
What Vivek provides is very rare because firstly, the films that he makes are very rare. There’s a section of the audience which only consumes news and does not consume cinema news. And then there’s a section that does vice versa. Vivek is the sweet spot that is catering to both. Woh film ki baatein kar rahe hai lekin woh baatein current affairs mein bhi valid hai. I won’t say he’s one of the biggest stars. I’d say he’s one of the most unique film personalities in the country. When was the last time you had somebody who could make a social commentary but who can also enlighten you via a medium which is supposed to be fluffy or ‘timepass’? 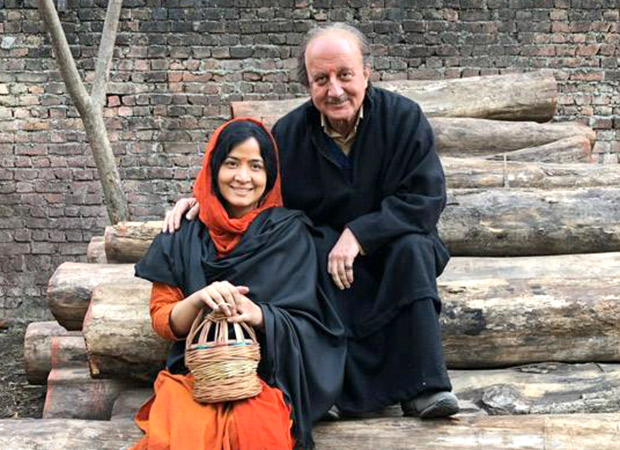 The film got the backing from none other than PM Narendra Modi. How did you guys react to this development?
It was a shocker to us. We started with around 600 screens on the first day. The idea was to get as many people as possible and whether we can play the shows at 75-80% average capacity throughout the day. However, the word of mouth took it up to a certain point. And then, the honourable Prime Minister’s comment was obviously pleasantly surprising. It has definitely helped. He’s the biggest opinion leader in the country. What it also did is that it made people confident to talk more about it. People who would have otherwise been fence sitters about what the film is saying, they might have agreed with the film but would have not had the confidence to say it aloud. Due to Mr Modi’s comments, the word of mouth grew even stronger. These things just happen. It’s not planned.

While we were collating data, we realized that 40% of The Kashmir Files’ audience were the ones who stepped into a cinema after a decade or so. This film expanded the market that Bollywood had as it brought 30-40 lakh new people. Hopefully, they’ll consume a lot more content from now on. My father is 70 and is least bothered about any film. He actively sought out an opportunity to watch this film. So I think it’s a job well done.

What’s the marketing plan for The Delhi Files like?
We are brainstorming but Vivek has some other plans for the near future. I think he wants to make a film about the country’s Covid journey. Nevertheless, he realizes that the momentum should not lose and he’s started to develop the idea.

What would be the star cast?
The casting is something that’ll happen later. He’ll focus first on research and writing. He writes the roles as per the requirement rather than writing for the hero.

Will Zee target a festival release for The Delhi Files?
We are keeping all options open currently. Again, the idea is to get the film right. With Vivek, irrespective of when his film releases, there’s a natural attraction that his films have.

Yes, that along with a festive release can be sone pe suhaga, right?
Yes. If I apply classical knowledge, then yes, it will help. Would it have helped if The Kashmir Files had been released on a holiday? I am not sure.

True. But after the way The Kashmir Files has performed, The Delhi Files can easily get a holiday week. If there’s any film scheduled for release at that festival, that producer would run away as no one would want to clash with The Delhi Files!
Yes, that’s true and credit goes to Vivek Agnihotri. But then it depends on what we desire. Do we want a great weekend and a large opening or do you want people to watch and then recommend it to others? We don’t make his films on excel sheets (laughs)! We make with a very clear focus that we want the right kind of people and the story should appeal to everyone. Can we reach out to a larger spectrum of audiences? Who shows the film to a 10,000-20,000 audience before the release? I would not shy from doing it again if the film demands it. For that reason, I don’t want to look at his next film from the holiday weekend perspective. If we can do it, then great. If we can’t, then no loss is done.

Also Read: EXCLUSIVE: The Kashmir Files is probably the ONLY film which made a 250% profit on ROI; Distribution Head of Zee Studios shares INTERESTING details