Actress Elli AvrRam marked her debut in Bollywood almost a decade ago with 2013’s release Mickey Virus. Recently, she made her Tamil debut with the film Naane Varuvean opposite National award-winning superstar Dhanush. In a candid conversation with Bollywood Hungama, Elli talked about how she developed an interest in Hindi film industry. Interestingly, she also revealed what she was expecting from Shah Rukh Khan and Aishwarya Rai Bachchan starrer Devdas. 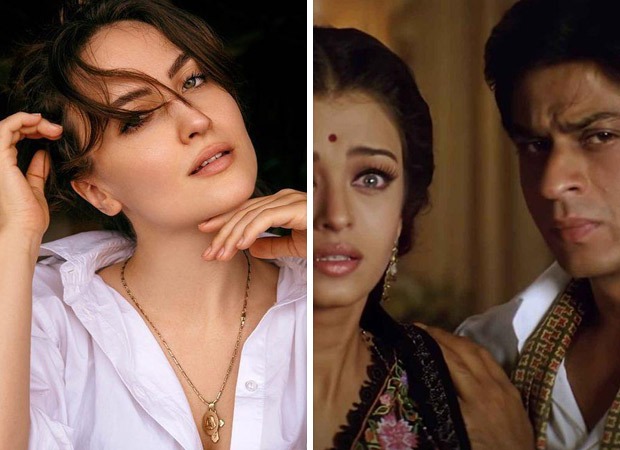 EXCLUSIVE: Elli AvrRam recalls she was heartbroken after watching the tragic ending of Devdas; says, ‘I was waiting for Deva to kiss Paro’, watch

Devdas is directed by Sanjay Leela Bhansali, and released in the year 2002. Along with Shah Rukh and Aishwarya, the film also featured Madhuri Dixit. When we asked the actress to tell us what made her think of making a career in Bollywood, she recalled watching Devdas for the first time on a Swedish National Channel.

As she continued, the Poster Boys actress added that it was a weekend, and she was sleeping when her mom told her that the channel is broadcasting Devdas. “I didn't move an inch. I was just completely glued and after watching the film I was like I want to do it,” asserted the actress.

As the conversation progressed further, we also urged the Ungli actress to talk about the aspects of Devdas, which grabbed her attention. In her response, AvrRam said, “From my childhood I had only grown-up watching films with happy endings and I'm watching this film with a tragic end. I'm literally sitting and waiting for Deva to kiss Paro.”

She further added, “I was heartbroken. I had never fallen in love in my entire life. For a week I was heartbroken, that's how much the film spoke to me. For a week, I have lost my soul mate.” She also mentioned listening to Greek mythologies in her childhood and stated that Devdas was “very close” to them.