Deepika Padukone and Ranveer Singh, actors & Bollywood's power couple, have been married for one year after more than six years of relationship. They were worked together in several films and are supportive of each other's work as well. While the two of them have often looked very different to the audience, Deepika Padukone has cited that the two of them are indeed very similar in real life. 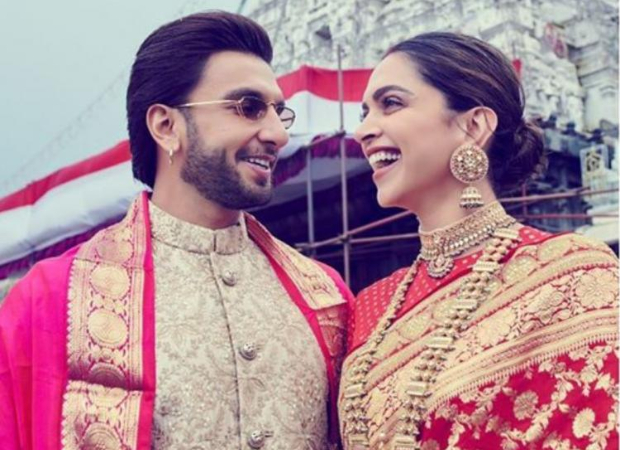 EXCLUSIVE: Deepika Padukone reveals people were apprehensive of her relationship with Ranveer Singh

During the trailer launch of Chhapaak, someone has asked a question to Deepika Padukone about how Ranveer Singh likes the trailer. Soon, netizens began discussing on Twitter that the two actors have their own individuality besides being a couple. Speaking on similar lines, Deepika said to Bollywood Hungama, "It's very important and he and I are on the page. There's a reason a lot of people were apprehensive of our relationship much earlier on because they looked at us from outside and felt like 'My god! These two people are so different from each other.' The fact of the matter and the reality is that we are very very similar people, we have the same value, we have same ambition. We are equally driven, we are equally committed to our relationship, we are equally committed to our friends, we are equally committed to our families. The similarities are way more than what people perceive from the outside." 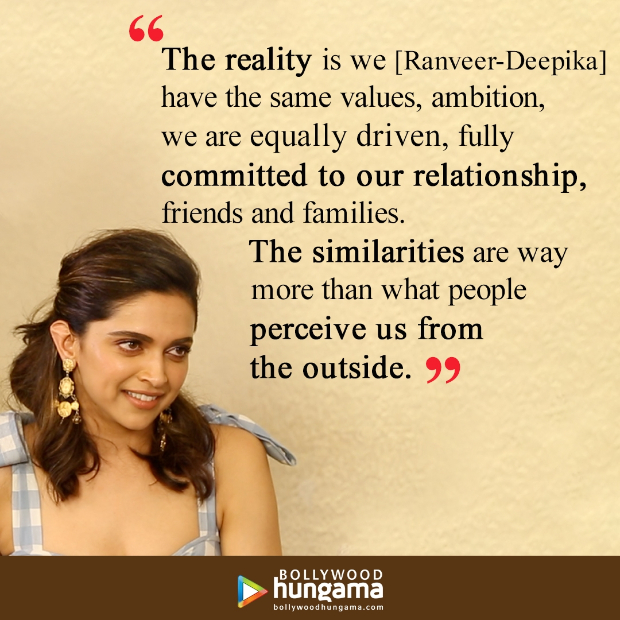 She further added, "To retain our identity while we were dating and post-marriage for us is extremely important. You'll very rarely see us together even publicly because I don't have to be attached to him all the time because he has a professional commitment somewhere else. Similarly, if I have a professional commitment, he doesn't have to be attached to me all the time. But, at the same time, we are equally very supportive of each other. We are there when we need to be there for each other." 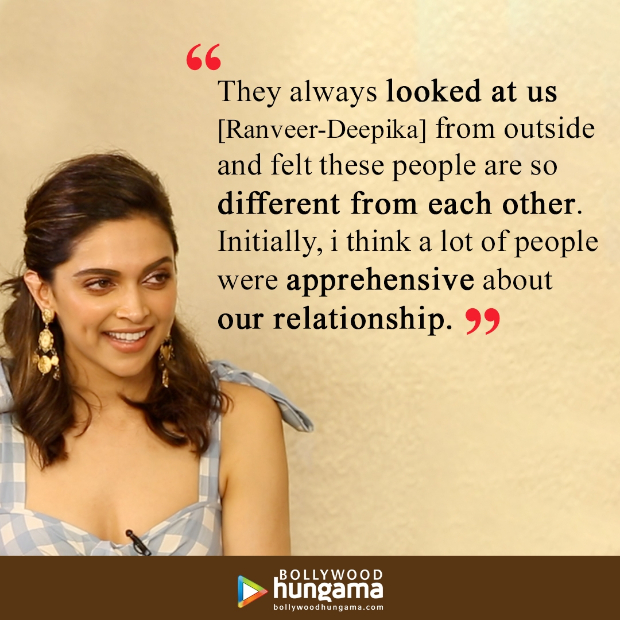