A lot goes behind the making of a film - from the first germ of an idea in the filmmaker’s mind to its final presentation on screen! What makes these stories so interesting are the actors who effortlessly jump into one role from another, bringing to life so many characters that make their way into our hearts! It is always intriguing to know how they prepare for their roles and what goes behind stepping into someone else’s shoes and doing justice to a character. Each actor has their own process to bring a character to life. While some may like to immerse themselves in the character, some like to give them their own backstories. Some like to encapsulate the director’s vision while others bring their own imagination to life. 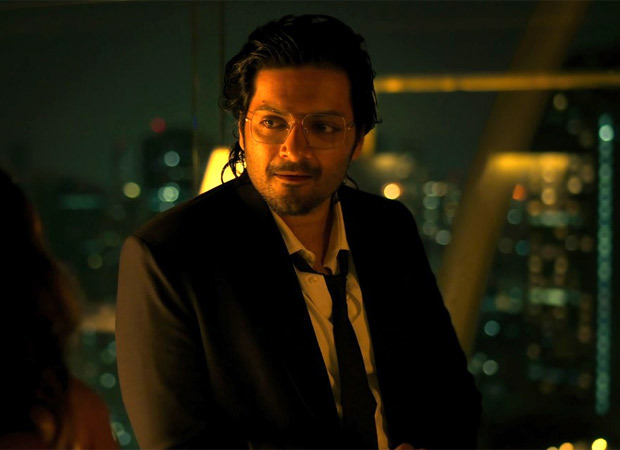 Ali Fazal, who plays ‘Ipsit’ in Forget Me Not, has an interesting story to tell about his role. Ali said he was mesmerized when he first heard the story from director Srijit Mukherjee and instantly wanted to do it. The fact that the story primarily revolved around his character Ipsit made it interesting and daunting in equal measures. Ipsit is a guy who’s sharp, calculated to the point of perfection, but who eventually unravels!

When asked about how he prepared for this challenging role, Ali said, “Whenever I do a film, I have a playlist and I put songs in it. It’s almost like a background score to the entire film. I probably still have it on my phone. So all my films have tracks, which are just regular tracks that we probably listen to in our daily lives. In this case, the work was very cerebral so I was heavily depending on the script as well.”

“The most challenging part of this title, for me as an actor, was being rolled onto the wheelchair with this deadpan face which I felt was cliche. I was scared because there's a very thin line and you can fall into that because whenever there's a villain or someone with a mental glitch, everyone plays Joker.” Ali added

Ali Fazal who has blown our minds with his performances in the past in Fukrey, Mirzapur and a myriad more, is coming on Netflix’s Ray as Ipsit in Forget Me Not, and let’s just say we are over the moon with excitement!

Ray, an anthology series inspired by Satyajit Ray short stories, will release on June 25 - only on Netflix!