Last Updated 01.12.2022 | 6:16 PM IST
feedback language
follow us on
Bollywood Hungama » News » Bollywood Features News » EXCLUSIVE: Ajay Devgn wants his real LOVE story to be made into a film, reveals who the real CASANOVA of Bollywood is (watch video)

Ajay Devgn is coming back to IMPRESS us with his romantic comedy De De Pyaar De with Rakul Preet and Tabu and we cannot keep calm. His last film too was a comedy, Total Dhamaal, which did very well at the box office. The trailer of the movie generated a lot of expectations from the masses and by the looks of it, the movie has a great buzz in the market. 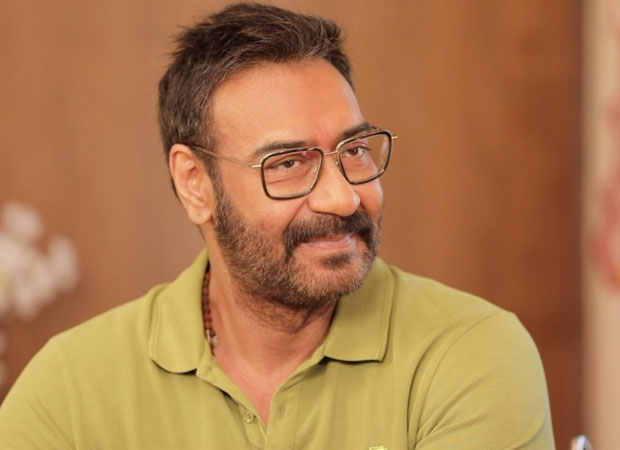 EXCLUSIVE: Ajay Devgn wants his real LOVE story to be made into a film, reveals who the real CASANOVA of Bollywood is (watch video)

Ajay and the team are busy promoting the movie. In an EXCLUSIVE interview with Bollywood Hungama, the stars dished a lot of fun answers about each other. In a rapid-fire round, Ajay was asked about one incident from his real life which could be made into a film and he said that his first love story. He said, “My first romance.”  Tabu confirmed that Ajay’s first love story indeed had all the elements of DRAMA. She said, “Humko pucho iske baarein main. Usmein bhi saare characters hai ha. (Ask us about this. This love story has all the characters too.) They did not reveal the name of course, but this itself is an interesting revelation.

Further along the interview, Ajay claimed that he would love to remake his hit film, Phool Aur Kaatien and well, he thinks Akshay Kumar is the Chuppa Rustom of the industry.

He was then asked who he thinks is the CASANOVA of the industry and he had the most honest answer. He said that everyone is a Casanova but not in front of the media. Tabu seconded his opinion.