South Korean actor Kim Seon Ho made his drama acting debut in 2017 with a supporting role in the drama Good Manager. He is a well-known name in theatre industry and later forayed into TV industry. He appeared in a few supporting and main roles since, but he mainly shot to fame after his role in Strongest Deliveryman but the year 2020 was biggest year for him after his performance in the 2020 K-drama Start Up. The drama starred Nam Joo Hyuk and Suzy in the leads, with Kim Seon Ho as a part of the ensemble main cast. The K-drama world was largely divided, and probably still is, between Team Han Ji Pyeong (Kim Seon Ho’s character) and Team Nam Do San (Nam Joo Hyuk’s character). 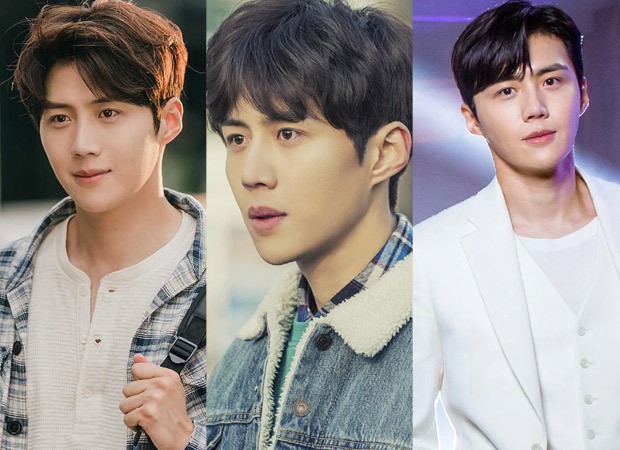 Excited for Hometown Cha Cha Cha? Here are 7 Korean dramas of Kim Seon Ho that are quite impressive

It has been a year since, and fans are eagerly waiting for the dimpled cheek actor for his upcoming drama Hometown Cha Cha Cha. The drama also marks the return of Shin Min Ah after two years. The teasers and character posters promise a fun and breezy romantic drama with a sprinkle of slice-of-life drama.

Until the drama airs, here’s a list of a few hand-picked dramas starring Kim Seon Ho to indulge in until Hometown Cha Cha Cha waltzes into our lives!

CATCH THE GHOST (2019)
Touted as the first drama with Kim Seon Ho in a lead role in a full-length series, Catch The Ghost is an investigative crime drama series. Moon Geun Yeung plays the role of Yoo Ryeong who partners up with Go Ji Suk (played by Seon Ho) to solve the crimes and catch a serial killer named Subway Ghost. Ji Suk a person who is a stickler for rules whereas Ryeong does not necessarily follow them. This leads to a touch partnership, but they eventually come to a compromise. Those looking for a story about finding a serial killer and unveiling mysteries, definitely give it a watch!

WELCOME TO WAIKIKI 2 (2019)
The comedy drama series that took the domestic and international fans by storm, Welcome to Waikiki is one of the popular sitcom series in the recent years. While season one of the drama featured Kim Jung Hyun, Lee Yi Kyung, Son Seung Won, among others, season two featured Lee Yi Kyung, Kim Seon Ho, Shin Hyun-soo, amongst the ensemble cast. Kim Seon Ho played the role of Cha Woo Shik an aspiring musician who gets into his own share of eccentric and humourous situations. If you’re looking for some slapstick comedy, and sometimes even absurd humour, then give Welcome to Waikiki a try!

TWO COPS (2018)
Two Cops is a story of an honest policeman Cha Dong Tak (played by Jo Jung Suk) who gets possessed by the ghost of a sleazy con-artist Gong Su Chang (played by Kim Seon Ho). This incident leads to hilarious situations in Cha Dong Tak’s life, both personal and professional. The drama also stars Lee Hye Ri who plays the role of Song Ji An, a rookie reporter who also falls in love with Cha Dong Tak. This drama is a good choice for those who want to watch an investigative drama with a spice of comedy.

STRONGEST DELIVERYMAN (2018)
Despite having a smaller role, Kim Seon Ho made his presence felt in Strongest Deliveryman. The drama stars Go Kyung Pyo and Chae Soo Bin in the lead roles. It follows the success story of a delivery man who creates his own food delivery app and soon establishes his conglomerate. Seon Ho plays the role of the son of a rich businessman. His role is secondary, but his presence was felt nonetheless. A drama that has been touted as inspirational and moving, Strongest Deliveryman is one of the most popular dramas of 2018.

YOU MAKE ME CRAZY (2018)
You Make Me Crazy is a short romantic drama. The drama stars Kim Seon Ho, Kim Sung Joo (of UNIQ) and Lee Yoo Yeong in the lead roles. It tells the story of two best friends who eventually fall in love. The drama has only four episodes and a must watch if you’re looking for romance delivered in bite sized episodes!

100 DAYS MY PRINCE (2018)
EXO’s D.O. made his small screen debut with this historical romance drama. He played the role of Lee Yul, a prince who forgets his memories and seeks refuge in a small village under the name Na Won Deuk. He falls in love with Yeon Hong Shim (played by Nam Ji Hyun) a local village girl who sets up her own detective agency. Kim Seon Ho plays the role of a nobleman Jung Jae Yoon who is Lee Yul’s close confidante and also harbours a one-sided love for Hong Shim. 100 Days My Prince is a treat for the lovers of historical drama with an adequate dose of humour and thriller.

START UP (2020)
Starring Bae Suzy, Nam Joo Hyuk, Kim Seon Ho, and Kang Han Na, the story of this series revolves around the four pivotal characters and the people related to them who are trying to move ahead in their lives and achieve their goals.  This happened to be a breakout role for Kim Seon Ho in this 12 year career – majority were rooting for Han Ji Pyeong.