Esha Deol, who is currently away from the glitzy world of Bollywood, was recently seen having a blast at her birthday bash. The star kid rang in her birthday with her former co-stars and friends from the industry which included Tusshar Kapoor, Fardeen Khan, Zayed Khan, Jackky Bhagnani who came in with girlfriend Rakul Preet Singh, among others. 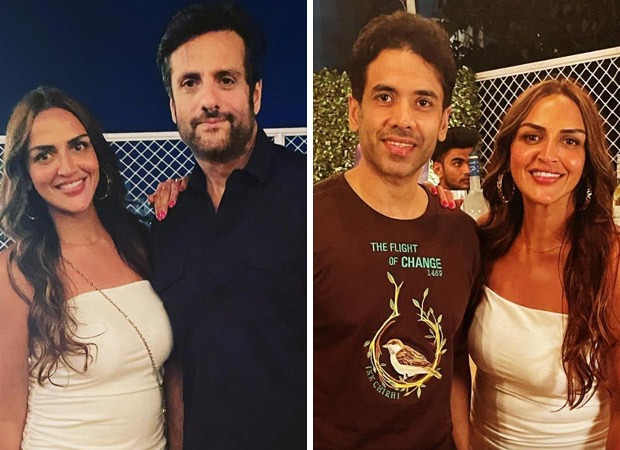 Readers would be aware that Esha Deol had started moving away from Bollywood films post her wedding with businessman Bharat Taktani and later, after the birth of her daughters Radhya and Miraya Takhtani. The actress recently seems to be reliving her Bollywood days as she reunited with some of her most popular co-stars from the industry. Sharing photos from the bash, the actress posted a group photo with her friends, a special photo featuring her with her parents yesteryear actress Hema Malini and yesteryear superstar Dharmendra, and a sweet couple photo with husband Bharat Takhtani.

Besides that, the actress also posted a video of them singing and having fun at the party. During one such singing session with her former Chura Liyaa Hai Tumne co-star Zayed Khan, Esha sang one of the biggest chartbusters from her career, the title track of Dhoom.

Movie buffs would be aware that Esha has featured with some of the biggest stars from the industry. She has played the love interest of Zayed Khan in many films like Chura Liyaa Hai Tumne, Shaadi No. 1, among others. She has also featured with Fardeen Khan in films like Just Married and Darling. During the initial days in her career, the actress featured alongside Tusshar Kapoor in the Ekta Kapoor film Kucch Toh Hai and Kyaa Dil Ne Kahaa.