Shah Rukh Khan and Rani Mukerji are all set to make a special appearance on Dus Ka Dum grand finale. The first promo video is out and we are SHOOK. Judging the promo video, we are sure that the episode will be full of fun and will give us nostalgia feels. Shah Rukh Khan and Salman Khan will be at their BRO-MANTIC best in the episode pulling each other’s legs and poor thing Rani Muerji will be a typical third while stuck between the two stalwarts. There is a sequence where the three superstars try to do ‘Lungi Dance’ using the same lungi and get entangled in the process. This episode is a total must watch and it would be a crime to miss it especially if you grew up watching Kuch Kuch Hota Hain, Dil Toh Pagal Hain, Hum Aapke Hain Kaun and are the insufferable 90s kid. 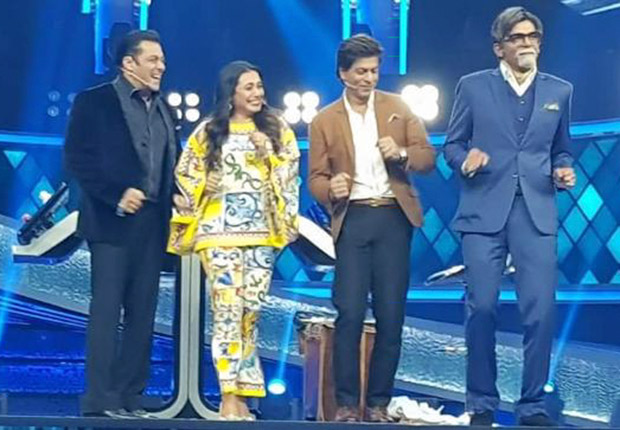 Here's everything that went down in the show

Sunil Grover gets into the whole Amitabh Bachchan mode as he spoofs him and garners a lot of laughs from masses. It is interesting to see how despite after so many years, the trio: Salman, Shah Rukh and Rani still have the same chemistry and love for each other. Shah Rukh Khan who is known to be the King Of Romance will also try and teach Salman how to speak with women. Rani then interrupts the Khans and points out that it now time for Salman to make babies instead of wasting time finding a girl and getting married. 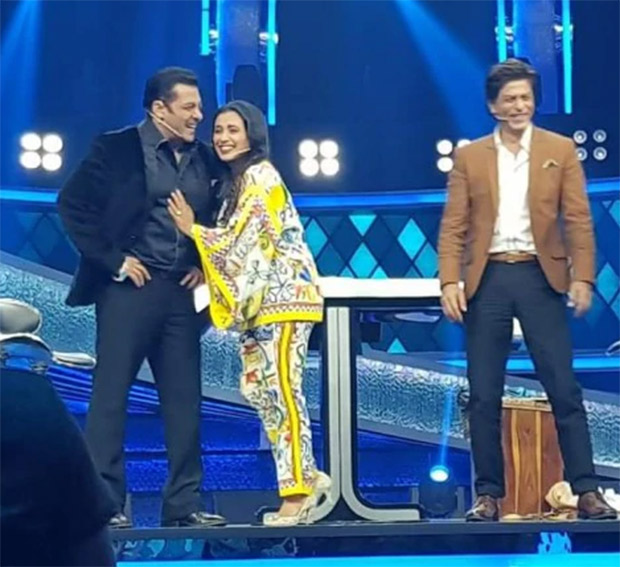 On professional front, Salman is currently shooting for Bharat with Katrina Kaif in Malta. Shah Rukh Khan on the other hand is busy with post production work for Aanand L Rai’s Zero with Anushka Sharma and Katrina Kaif.