BTS, that was given rose from South Korea, has now fans all around the world. The septet is widely popular for their meaningful lyrics, crisp choreographies, stunning vocal, and rap prowess, and philanthropy, and most importantly their worth ethic towards their craft. Over the years, the fandom called BTS Army is only seeing a spike in numbers by the minute. Interestingly, today marks the seven years since the fandom was named ARMY. Their massive popularity has also seen an increase in India as well with fan clubs proving relative information and even celebrities taking a keen interest in their music. 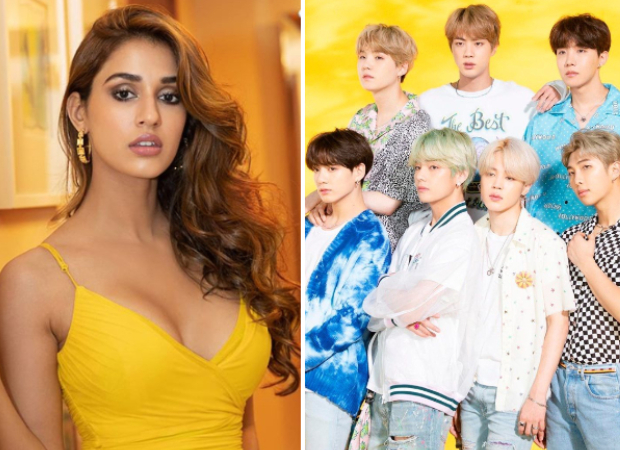 One such celebrity who has become obsessed with BTS is Disha Patani. The actress often shares her current interest in music and shows on the internet. In her latest Instagram story, the actress was seen watching the music video of  'Boy With Luv' from  'Map Of The Soul: Persona'. She wrote, "Obsessed" and tagged BTS' official handle.

Disha patani is obsessed with BTS i- pic.twitter.com/PnuEsmMxHw

The song has recently gone viral in India amongst the locals after an Instagram account FilmforFare shared a video of BTS' 'Boy With Luv' and edited it over Salman Khan and Sushmita Sen's chart-topping number 'Chunari Chunari' from Biwi No. 1. More people are taking keen interest to learn about the band.

On the work front, Disha Patani will next star in Salman Khan starrer Radhe - Your Most Wanted Bhai and Ek Villain 2.

Meanwhile, BTS released their fourth full-length album 'Map Of The Soul: 7' on February 21, 2020. The septet broke multiple records with the album. While they are repping for their next comeback, they are set to launch their Japanese album on July 15, 2020.

ALSO READ: BTS track 'Your Eyes Tell' co-written by Jungkook to be used as theme song for a Japanese movie