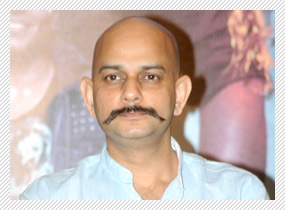 For a director, the man probably more responsible for a film's success than any other single person or aspect of a film, it is very clear that the second film is more crucial than the first.

Logically, one puts his best foot forward in the first film, giving it all one has. But the flipside is - there is a pressure on a debutant due to the stakes and his 'band mutthi' (a closed fist that may or may not hold a bounty) entity. So, usually, the more reasoned approach to a second film after either his first flop (when he has to introspect) or hit (when ideally, he should introspect even more in a different sense and not be influenced by sycophants, exploiters or too much calculation) showcases his skills much more.

2013 was replete with multiple examples of second films of directors, so let us examine how they all fared in the best. We begin with the men who finally made it, so that the future third film, the tie-breaker, so to speak, will decide on their future in the profession.

From flop to hit

Leading spectacularly in this cadre was Vijay Krishna Acharya, director of what is now the biggest grosser of the year, Dhoom 3. Vijay or Victor as he is known within the industry, had also penned the first two films in the franchise, and with Sanjay Gadhvi out of Yash Raj Films (for whatever reasons), he was chosen to helm this franchise despite the debacle of his directorial debut, Tashan (2008).

Though skeptics feel that Victor can hardly take credit for the success of the film with Aditya Chopra and Aamir Khan involved, we would beg to differ. For one, the film was action-heavy and VFX-heavier, and these areas are not exactly Aditya's or Aamir's strengths, so 'ghost direction' barely comes in. But, Victor's victory lay in realizing the errors in the script and execution of his directorial debut and concentrating on the core qualities of his earlier Dhoom scripts.

The fresh screenplay that combined the best of the canon and new elements was immaculate for the genre, and the direction, in Manoj Kumar's hallowed words, was "something that is not there on paper!" In a nutshell, the pace of the film and its dramatic and action build-up was a Victor achievement even more than that of the creative producer like Aditya Chopra (who was dividing attention between multiple projects including Ek Tha Tiger and Jab Tak Hai Jaan while Dhoom 3 was under way). Yes, the degree of the film's success can be attributed to the producer and star, but not the fact that the film is a very slick entertainment bonanza.

The other big winner was Ayan Mukerji. In Yeh Jawaani Hai Deewani, he gave the kind of blockbuster, his grandfather, box-office baron, the late S. Mukerji, would have hugged him for - a film with superlative music, top-line performances, a few novel elements and a strong storyline. Ayan's debut film, Wake Up Sid! (2009), while having its heart in the right place, was a wishy-washy affair endorsed by the ivory towers that broke even only in Mumbai. The entertainment quotient was low, the emotional one very superficial in that film, and there was just one good song.

We then look at Mrighdeep Singh Lamba, who earlier delivered what easily was one of the very worst movies of the last decade in Teen Thay Bhai (2011). Switching from a dark thriller-comedy to a dark serious-comedy, he made the reasonably entertaining satire, Fukrey for Excel Entertainment, scoring a first with them because for the first time in over a dozen films, the lyrics were not by Javed Akhtar, producer Farhan's father!

Finally, Subhash Kapoor got a moderate success in Jolly Llb, a mini-Munna Bhai of a film. Though the promos were better than the movie itself, the people connected with the latter, unlike with his slicker earlier film Phas Gaye Re Obama (2010). More importantly, Rajkumar Hirani and Vidhu Vinod Chopra decided to hand over the reigns of the third Munna Bhai enterprise to Kapoor, but that was not meant to be as Sanjay Dutt went to jail. And that would have been an even more decisive index of Kapoor's talent.

Now let's wait for the third tie-breaker film with the others!

From hit to flop

The directors who went the reverse way included, predominantly, two proteges of maverick and media-pet Anurag Kashyap, Vikramaditya and Bejoy, as well as his brother Abhinav Singh Kashyap.

Lending credence to the grapevine that a lot of repair was needed for Abhinav Kashyap's debut film Dabangg (2010) before it became the trendsetting, game-changing blockbuster that it was, Besharam, despite the gimmicky casting of Rishi, Neetu and Ranbir Kapoor, was a qualitative washout apart from a commercial one. Clearly, the Kashyaps and audience-and-entertainment-friendly cinema do not seem to jell, at least as of now.

Vikramaditya Motwane, whose Udaan remains a decent product, came up with Lootera. And as with the former, despite trade unanimity on the subject, a lot of efforts were made to claim that it was a profitable venture. However, despite a couple of transiently-catchy songs, the lop-sided and wonky script failed to resonate.


A non-Kashyap debacle was Punit Malhotra, who had made the enjoyable and modestly successful rom-com, I Hate Luv Storys in 2010. This time, Gori Tere Pyaar Mein! 's ill-conceived casting and atrocious music were two killer straws that broke this celluloid camel's back!

There was a lot to celebrate, however, for many directors who proved second time lucky too. Aanand L. Rai, whose Tanu Weds Manu in 2010 was like an unexpected breath of fragrant air, succeeded even with Raanjhanaa, though it was a much-inferior product from content to music.

Remo D'Souza, who had presented the sweet little message film F.A.L.T.U. in 2011, opted to make a delightful film on his core strength - dance - in ABCD - Anybody Can Dance, repeating his yen for meaningful acronyms as titles, good music and a very strong dose of emotions. Sticking my neck out, I would say that Remo would be a better choice for a Munna Bhai film when the time comes, for here is a man who can deliver a wallop of a message while providing first-rate entertainment!

And last, but probably the best, Neeraj Pandey, writer-director of the stunning A Wednesday! (2008), brought up that superb heist thriller that reveled in its amorality, Special 26. Easily one of the finest films of the year, it saw bravura performances from seasoned warhorses like Akshay Kumar and Anupam Kher among others.

Yes, future directorial efforts of these whiz-kids will surely be must-watch movies.

Then there were the few names that were as unsuccessful in Film Two as the first time round - Milind Ukey (Dehraadun Diaries after Paathshaala), Prem Raj (Ishqk In Paris after Main Aur Mrs Khanna), Anthony D'Souza (Boss after Blue), Suhail Tatari (Ankur Arora Murder Case after Summer 2007), Manish Tiwary (Issaq after Dil Dosti Etc.) and Ankush Bhatt (Mumbai Mirror after Bhendi Bazaar). They need to brush up their act - pronto!