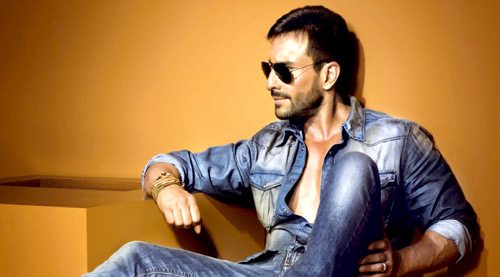 Saif Ali Khan has been quoted as saying that Humshakals was a "mistake". Is it right for an actor to disown a film when it doesn't work? Directors and producers react


David Dhawan: "A film is like a baby sired by both the director and the actor. And no one abandons the baby just because it fails in life. At no stage should the actor abandon a film or have regrets about doing it."

Shoojit Sircar: "Where is the team spirit if an actor disowns a film? Every film is a result of the entire team's hard work, director and actor included."

Aanand L. Rai: "An actor should doubt his own understanding and choice of scripts rather than blame anyone else. Any actor or for that matter any director can go wrong with the script. But then one should be man enough to blame oneself and not others."

Gauri Shinde: "This is really between the filmmaker and actor. Only they know what's gone wrong between them. For an outsider it is difficult to comment."


Kunal Kohli: "Who has done this?"

Rahul Dholakia: "Such instances of an actor disowning a film are rare. But it does happen. Box-office failure should not be the reason for disowning or condemning. Its fine to analyze the reasons why a film didn't work but being vocal about your dislike for a how a film shapes up is another matter. That should depend on so many things. One can't take a generalized view."

Umesh Shukla: "It depends on the individual to individual instance. If a film project doesn't match up to an actor's expectations or if the actor is unhappy with the way a film is executed the actor might choose to react. A film is a team work where a producer, director and actor are equally responsible for the final outcome. And if everyone is happy while doing a film, the actor should not turn around to crib just because a film doesn't work.

Satish Kaushik: "An actor can surely blame himself and repent for selecting the wrong film. But at no point can he put the blame on others and that too publicly, and wriggle out of all responsibility about the way a film shapes up. A film is a team effort. Its final outcome is the star's and the director's responsibility equally. Neither can wriggle out by pointing accusing fingers at the others."

Bejoy Nambiar: "Everyone involved with a film should stand by it irrespective of its fate."

Reema Kagti: "I don't believe it's possible to disown your own work. Criticism, if it comes out of giving an honest opinion is okay by me."

Shailendra Singh: "It's rather unprofessional. I agree filmmaking and acting are a creative endeavour. But once you are paid for it, you turn it into a profession. You therefore need to be accountable for your own work. You can't take home the pay cheque and say, 'Oops, that shit ain't mine!"

Anant Mahadevan: "Actors sometimes tend to give the mandatory script and narration the miss especially when big names are involved. Not too many actors disown their works. Some speak openly about their mistakes. But the flip side to this is that they often overlook these faults when a close friend or a big corporate house is attached while they tend to go through the more genuine but smaller filmmaker with a toothcomb."

Onir: "I think it's absolutely unprofessional and absolutely not done."

Ajay Bahl: "After being a part of a project it is unethical to cause any damage to it by speaking against it in the media or any other social or public platform."

Hansal Mehta: "All of us, including me, are on the defence when faced with a backlash. Nobody signs a film to disown or criticize it. People have various reasons to do films, including job satisfaction, respect, gratification and money. If they are clear about what they desire from a project before they sign they won't have a reason to feel betrayed later. Failure and success are milestones in the larger journey. We should be concerned about the journey."

Anees Bazmee: "Phir wohi purani kahani. Once the film doesn't do well the blame game starts. This is not right. It should stop."