On Friday morning, Prime Minister Narendra Modi addressed the nation to announce the Centre's decision to repeal the three controversial farm laws. The announcement has come after a year of farmers' protest at Delhi's borders demanding the central government take back the three farm laws. Several reactions have been pouring in on social media over the big news. 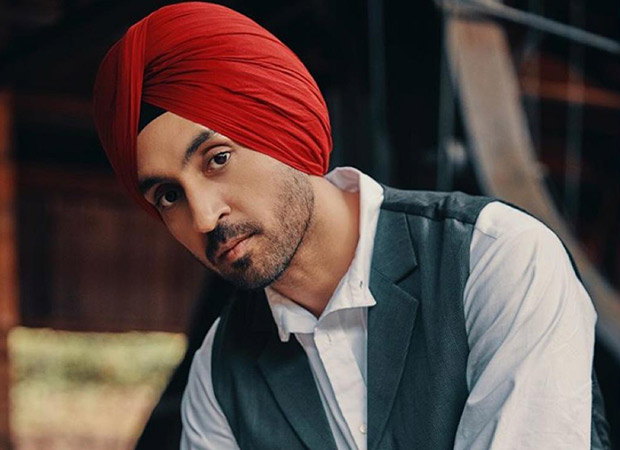 Actor and Punjabi singer Diljit Dosanjh who had been supporting the farmers’ protest has expressed relief after the announcement. In 2020, Diljit had joined the farmers' protest and even donated Rs. 1 crore to purchase warm clothes for them to brave the harsh winter in Delhi.

Diljit took to his Instagram stories to react to the announcement. "Shukar Parmatma Da Nanak Naam CHARDI KALAA Tere Bhane Sarbat Da Bhalad Shukar," he wrote. Back when he had joined the protest in Delhi, addressing the farmers at Singhu border, he had said, "I have come here to listen not speak. Thank you to the farmers from Punjab and Haryana. You have created history once again." 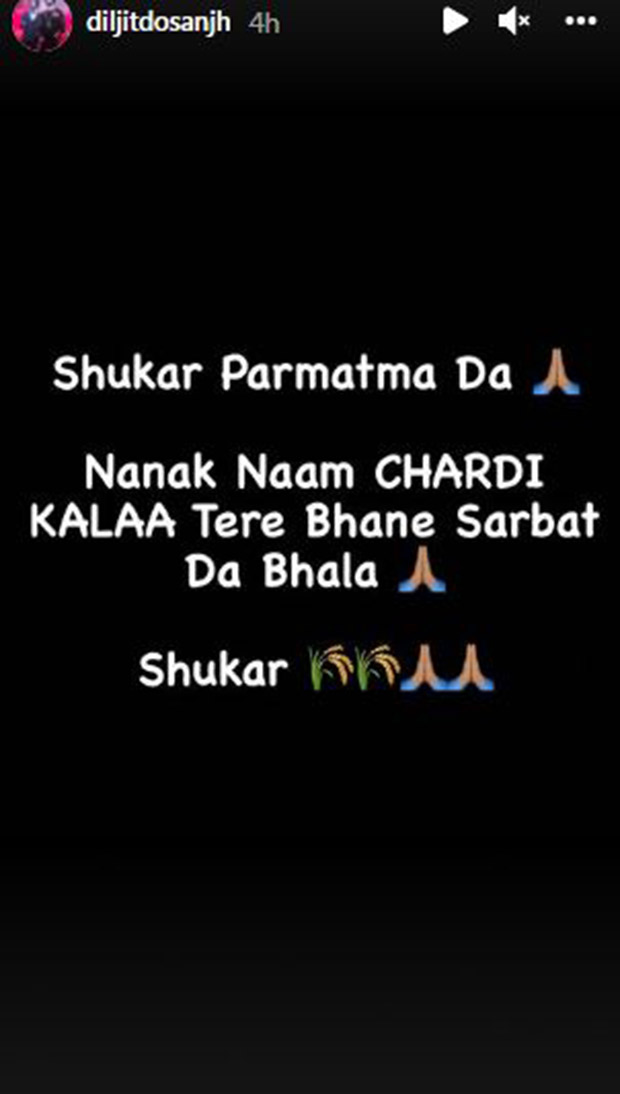 Actors Taapsee Pannu, Swara Bhaskar, Sonu Sood, and Richa Chadha have also expressed their relief over the repealing of the three laws.

While announcing the same, PM Modi apologised and said, "We have decided to repeal all three farm laws, and will begin the procedure at the Parliament session that begins this month. I urge farmers to return home to their families and let's start afresh."

ALSO READ: Diljit Dosanjh reveals that seeing Bharti Singh made him try his hands at acting