On June 14, Bollywood actor Sushant Singh Rajput passed away. He died by suicide in his apartemnet in Mumbai. The untimely demise of the actor left the entire nation in a state of shock. Fans, friends and colleagues of the actor have been paying tribute and remembering the actor and sharing their memories with the late actor on social media. 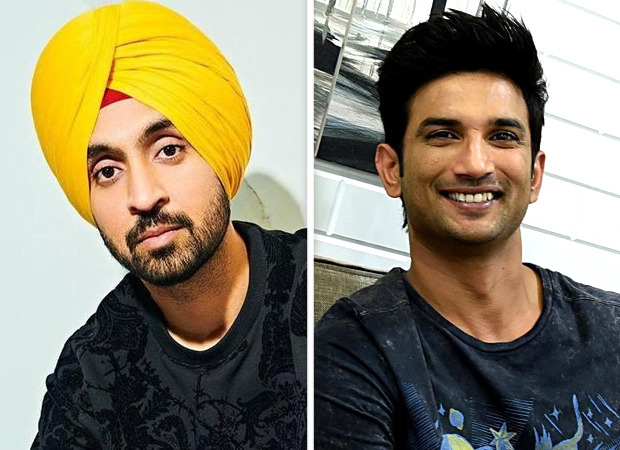 On Tuesday, actor Diljit Singh took to his Instagram handle to share the poster of Sushant Singh Rajput's last film Dil Bechara and called him a 'jaandaar banda'. Sharing the poster, Dosanjh expressed that he wished the film were to be released in theatres instead of a digital platform. "Eh Tan Theatre ch v Release Honi Chaidi Aa..2 Vaari Mileya c mai Veer Nu.. JAANDAAR BANDA C YAAR.. Zarur Dekha Ge Hotstar Te V(This movie should have been released in theatres. I met him twice in my life. He was a guy full of life. I will definitely watch the film on Hotstar),” he captioned the post.

Dil Bechara is the official remake of the Hollywood film The Fault In Our Stars which is an adaptation of the book of the same name written by John Green. The film marks the directorial debut of ace casting director Mukesh Chhabra and also marks the debut of actress Sanjana Sanghi as the lead.