Janhvi Kapoor and Ishaan Khatter look great together and it is an understatement. The movie is a bonafide hit at the box office. These numbers are good taking into consideration that both are newcomers. While the lead pair Janhvi Kapoor and Ishaan Khatter is enjoying the success of the movie, the makers have released an unseen still from the flick of these two and we are mesmerised. The still shows the two as a newly married couple. While Janhvi is decked up in a beautiful red Bengali bridal saree, Ishaan is wearing a silk kurta and dhoti. The two look like a perfect Bong pair in the still. In another picture Janhvi has her hair open and is in a flirty, teasing mode. For those who haven’t the film yet, while Janhvi and Ishaan’s characters belong to Rajasthan in the film, they elope to Kolkata to get married. Therefore, the Bengali attire. Check out the pics down below. 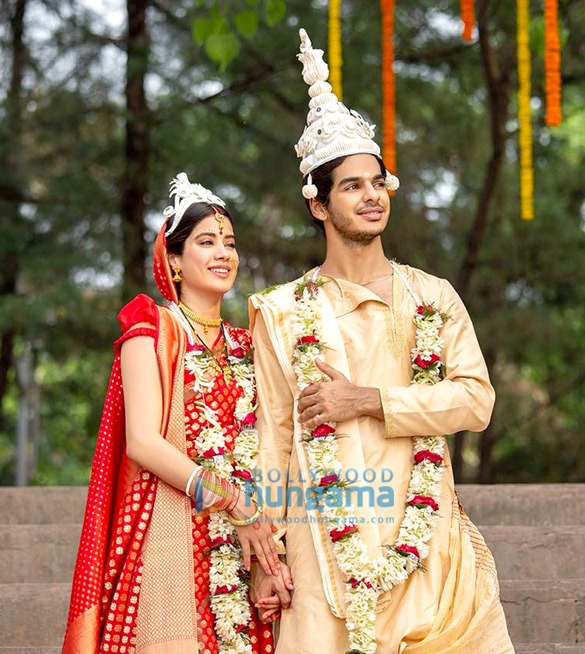 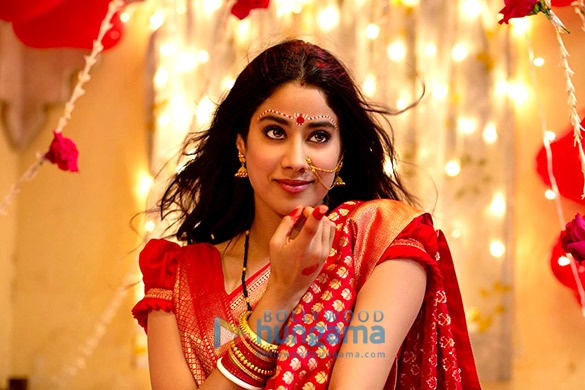 Janhvi Kapoor has not signed any new film after Dhadak as she wanted to give this film her all. Stay tuned to know more about her next projects.

Also Read: “I did a yay 100 times when they praised me and cried in the bathroom when it was a nay”- Janhvi Kapoor at Dhadak success press conference