Unlike any of its seasons, this time around Koffee With Karan 6 got into a major scandal after it ventured into the sports zone for the first time. In an unexpected way, the show created a massive uproar and impacted the career of cricketer Hardik Pandya who was even suspended from playing certain matches. He was the guest along with K L Rahul on the Karan Johar chat show and considering the controversy, there were speculations that the relations between Hardik and the show's host Karan had soured due to the same. But a recent video, on the contrary, speaks volumes about their friendship! 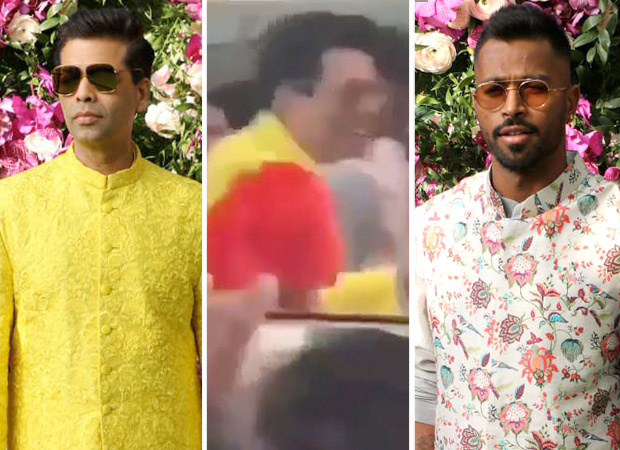 Recently, the high profile wedding of Akash Ambani and Shloka Mehta was a lavish affair with many stars from different walks of life attending it. Here’s when we saw Karan Johar and Hardik Pandya dancing their hearts out. The two of them hugged it out and were seen enjoying the music! They grooved to some chartbusters like ‘Dilliwali Girlfriend’ from the Karan Johar film Yeh Jawaani Hai Deewani and other songs. Well, we can now safely say that Hardik has no qualms in being friends with Karan Johar despite the outrage his appearance on his chat show caused. They just proved how to keep professional and personal relations different we guess!

For the uninitiated, Hardik Pandya made some comments about women that sparked an outrage of sorts. People took to social media to accuse the cricketer of objectifying women in his comments and even demanded his removal from the Indian cricket team. On the other hand, the episode which was streamed online on Hotstar after being aired on Star Network, was removed from all the official sites after this scandal.