Bollywood actor Irrfan Khan, who will be seen in Blackmail soon, is going through a difficult time in his life. Irrfan Khan recently disclosed in a statement that he has contracted a rare disease. The actor even informed that he would share more details about his health as soon as his diagnosis is conclusive. Since the announcement about his health, film fraternity has been praying for him to get better soon. 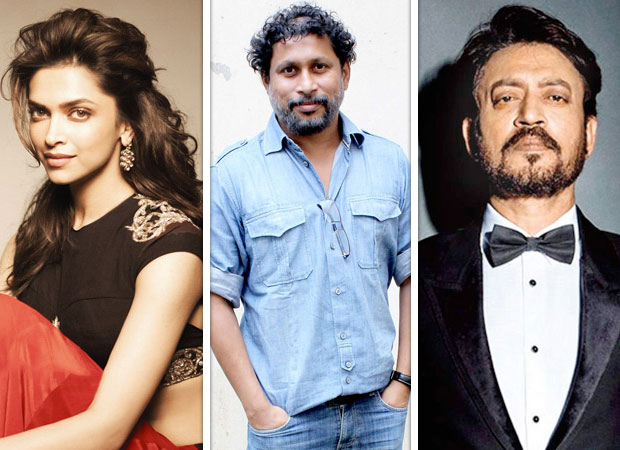 Deepika Padukone, who has worked with Irrfan Khan in Shoojit Sircar's Piku, opened up about her co-star’s health at a recent award show. The actress, who won the Entertainer of the Year honour at the Hello Hall of Fame Awards, has extended her prayers and support to Irrfan Khan during this time. She even urged everyone to give him and his family privacy at this time.

Deepika said, “I think we should always pray for people and their good health. If his (Irrfan’s) health is not best at this point, I think it is important for all of us to pray, not just for him, but for everyone. I always say a small little prayer for myself and everyone around. Yes, I think the last couple of weeks have been emotionally challenging, but yes, I think we all should say a little prayer.”

Deepika Padukone is all set to star with Irrfan Khan in Vishal Bhardwaj’s directorial which is reportedly based on Sapna Didi. The film was supposed to go on floors soon but due to Irrfan Khan’s health and Deepika’s neck ailment, the film has been put on hold. Talking about Irrfan’s health, she added, “I think like he has requested that there are times when people need to be left alone for some time and figure their lives out... We should respect the space they have requested for and hope for the best.”

MUST WATCH: @deepikapadukone gets CANDID about @irrfank and his illness, she also reveals why #Piku will be always close to her heart!!! pic.twitter.com/i5dpxvdify

Besides Deepika Padukone, yet another Piku star who decided to speak on Irrfan Khan's health was Shoojit Sircar. The filmmaker was recently questioned about it at the trailer launch of his forthcoming film October. While stating that people need not worry about the current condition of Irrfan, he also asserted that the actor will be issuing another statement very soon. "I think Irrfan has already issued a press statement and asked not to speculate (about his health). He is the only actor who is actually called a Hollywood star in our country. He has worked with the top of the line directors," said Shoojit.

Shoojit went on to add, "I've met him two three times recently. He will be issuing another statement soon. All your questions will be answered. He is a wonderful human being and I am very close to him. Please don't worry. He is fine now, and he will issue a public statement again. But please, I humbly request please don't speculate."