Bollywood actress Deepika Padukone is quite active on social media. Every now and then, the actress treats her Instagram followers with various photos and videos. Deepika has now shared a few snapshots slaying the fashion game. 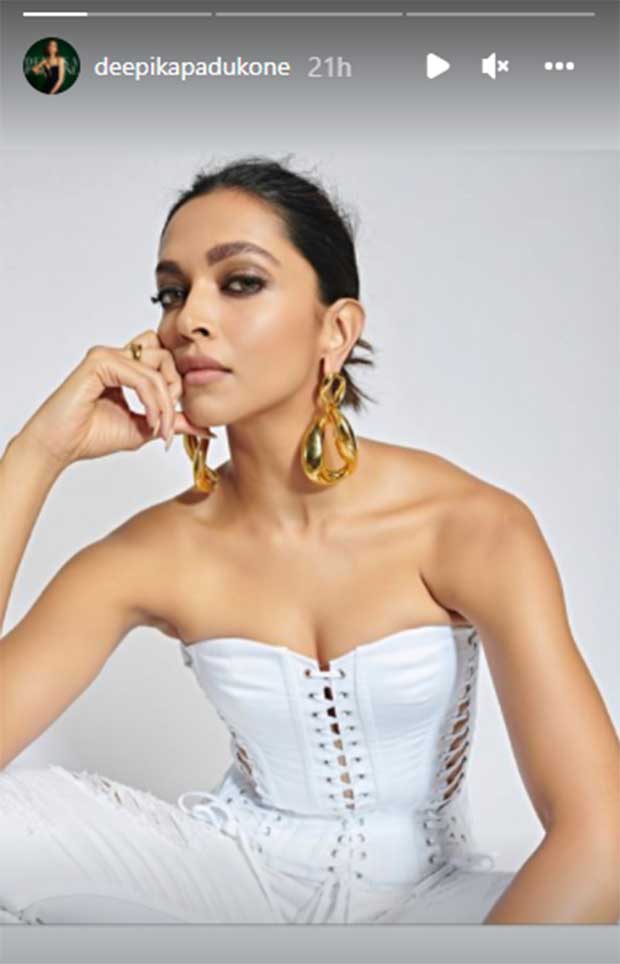 Taking to Instagram stories on Sunday, the Gehraiyaan actress shared three photos where she can be seen wearing white corset top and matching ripped jeans accompanied with defined gold earrings and a low rise bun. 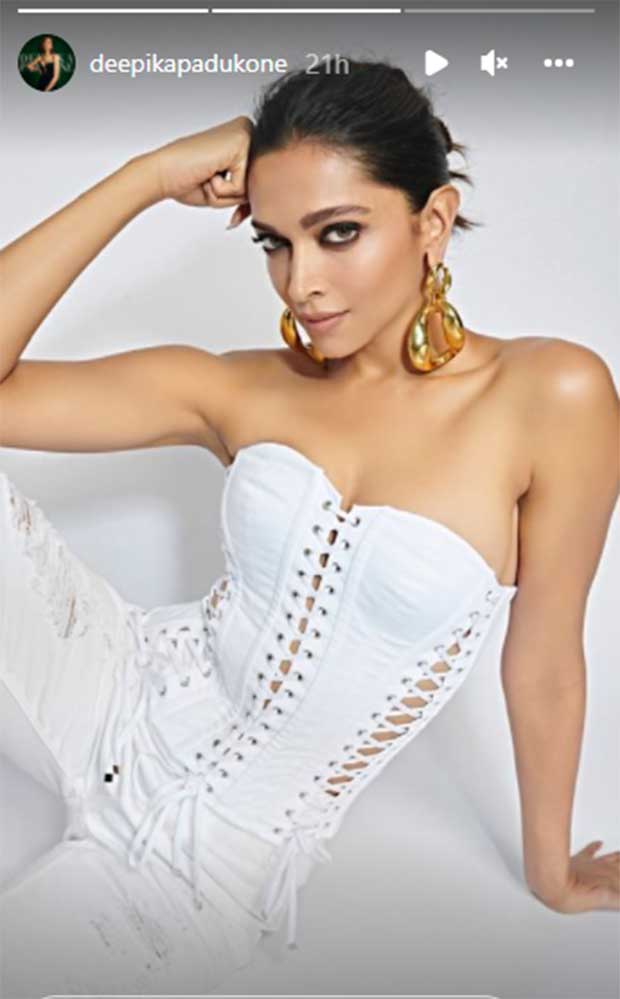 Deepika also has a number of posts of her making style statement on her official Instagram page.

On the work front, Padukone was recently seen in Shakun Batra’s Gehraiyaan, co-starring Siddharth Chaturvedi and Ananya Pandey, a drama about infidelity which was released on Amazon Prime Video. 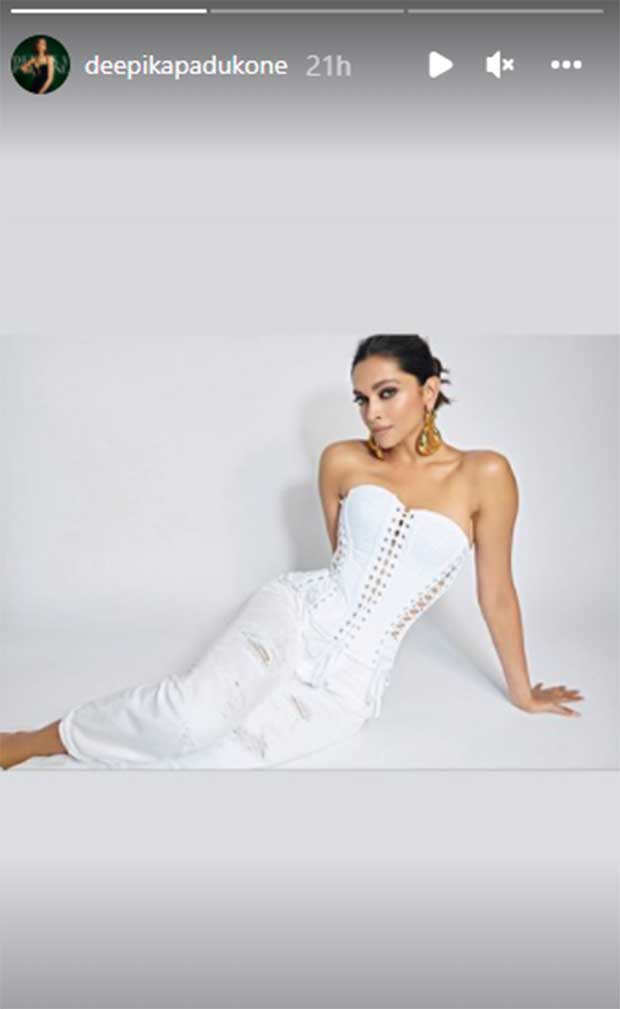 Padukone will next reunite with Shah Rukh Khan for Yash Raj Films's action film Pathan. She will star opposite Prabhas in an as-yet untitled science fiction film from filmmaker Nag Ashwin, and star and produce in a remake of the American comedy film The Intern. She will also star in Siddharth Anand's action film Fighter, alongside Hrithik Roshan, and will portray Draupadi in a retelling of the Mahabharata from her character's perspective, which she will also produce.