Stranger Things star Millie Bobby Brown just turned 18 on February 19 and is officially an adult. The 18-year-old actress got her glam game on and celebrated her birthday dressed in Barbie costume with boyfriend Jake Bongiovi in the look of Ken. 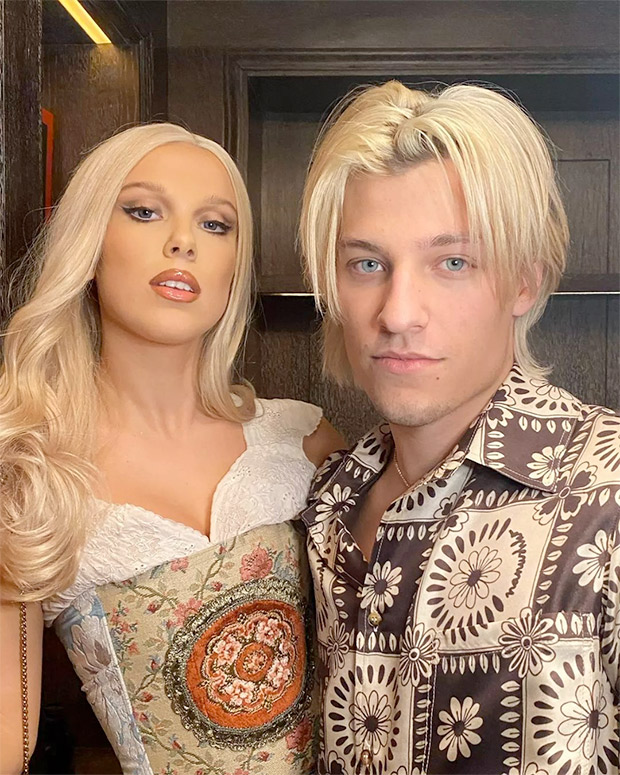 The British actress shared a set of photos from her birthday which showed the pair rocking looks inspired by Barbie and Ken. “Hey ken!” she captioned the post on Instagram. The young couple appeared to channel medieval romance, with Millie wearing an embroidered corset over a lacy white mini dress, donning a blonde wig while Jake coordinated the theme wearing brown floral-printed shirt.

According to People, the young couple were first romantically linked when they were spotted holding hands and later Jake shared a photo with the Enola Holmes actress, writing, “bff <3.” They made their romance official in November 2021 in an Instagram post shared by Brown where they posed for a snap on the London Eye Ferris wheel.

They celebrated Christmas together the following month with Brown sharing a sweet selfie of the two cuddled up in front of the tree and wrote "Happy holidays" in the caption. The couple frequently post adorable shots of them together out on dates and enjoying themselves. Brown previously opened up to People magazine about growing up in the spotlight. "I think I'm becoming stronger," she said in 2020. "It's difficult because I'm still growing. I haven't evaluated that yet so I'll get back to you."

On the work front, Millie Bobby Brown is currently gearing up for season 4 of Netflix’s Stranger Things, where she plays the iconic character of Eleven. As the streaming giant announced, the show will be released in two volumes on May 27 and July 1 with its fifth season being the final chapter.