Deepika is out and about attending meetings, stepping out for dinners and lunches and we love every appearance of the star. Deepika is a busy bee, she has been signing films, making announcements and is on a roll. Deepika Padukone is a diva. 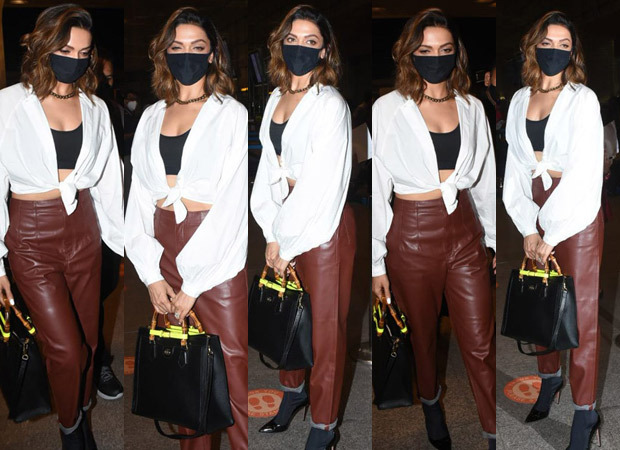 Deepika Padukone ditched her basics and opted to hop on the brown trend. She styled a black sports bra with a sheer white shirt. She paired that with dark brown wide leg leather pants that she cuffed at the hem. She paired it with black sheer socks and pointy high heeled pumps. The stand out of her outfit was the Black Gucci Diana bag with a neon belt to hold the bamboo handles together. Gucci bag is the newly launched Gucci Diana bag. Gucci is bringing back a beloved accessory from the brand’s archive. Princess Diana’s favourite bamboo handle tote has been reimagined by Alessandro Michele some 20 years after the original caught the royal’s eye. Deepika's bag costs a whopping Rs. 2,94,720. Her makeup was simple with a soft dew and her hair were in waves with caramel highlights. 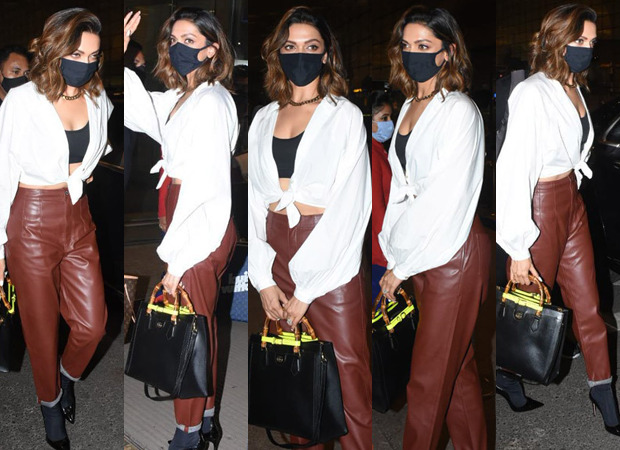 Deepika will be seen next in Shakun Batra's yet-to-be-titled film. She recently wrapped up shoot for the same. The actor also has a long line-up of projects including ‘83, Fighter, Pathan, and the Indian adaptation of Nancy Meyers's 2015 hit Hollywood film The Intern, which will also feature Amitabh Bachchan. She also signed her second Hollywood film this week.