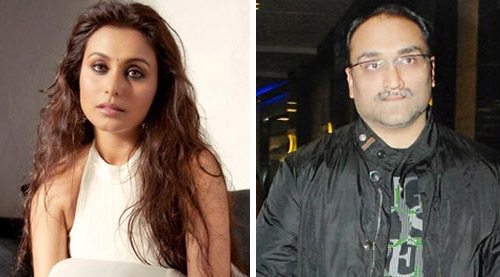 Mardaani has released and expectedly, Rani Mukerji has been convincing in portraying the part of a rough-n-tough cop who just means business. Coming from the house of Yash Raj Films which has reveled in making feel good films, this one has turned out to be a surprise indeed. Also for Rani Mukerji, who has made her career out of doing quite a few light hearted films, Mardaani is a welcome change indeed.


While you were exploring numerous subjects after Talaash, how much was Aditya Chopra's influencing coming into play before you picked up Mardaani?

Well, decisions around which films to do and which not to do are entirely mine. As an artist, it is important for me to be convinced about doing a film; only then can I give it my 100%. I can't go by anyone else's conviction of something as a great film. It has to be great in my eyes too. When I have to spent 100 days on a film, I better be sure about doing it as I need to be 100% immersed in a role.


Guess Pradeep Sarkar was quite sure about you doing that. Still, given a dark subject like this (Mardaani deals with girl trafficking), was it too discomforting an atmosphere during the film's making?

The kind of atmosphere that we are living in is so suffocating that you can't just feel uncomfortable while making a film. Every day we hear about gang rapes or heads getting blown up. Hence, we didn't have to think too much about making Mardaani; we were sure that we had to take this film to people. There was no thought process as such ki karni chahiye ya nahi. It is a very relevant film to do. There is so much anger in us and as creative people the best way to vent it out is through a film which acts as a universal mechanism. We have taken that as a medium for our communication.


And still Censor board felt that the film was too gruesome, hence awarding it an Adults Only certificate.

The thing is that in countries like U.K. which have 12 Plus certificate, we have managed to get one. However in our country there is only one division - above and below 18. So unfortunately even if Censor Board would have felt that Mardaani can be seen by kids over 12 year old they can't allow that since there is no such provision. I am happy that internationally at least, we would be able to spread awareness amongst girls about the evils in our society.


In the process, perhaps Laaga Chunari Mein Daag, which again had you and Pradeep Sarkar coming together, would be forgotten too? Was there any specific conversation that the two of you had before starting work on Mardaani?

(Laughs) Well, the only conversation we had was when I said to Dada that last time toh daag lag gaya tha, iss baar usse dhona hai. I am sure Mardaani would manage that; she is that much powerful at least.