It is known that there's a new Khan on the block. Sara Ali Khan, daughter of Saif Ali Khan and ex-wife Amrita Singh, made her debut earlier this month in Abhishek Kapoor's Kedarnath. The film has crossed Rs 50 crore mark at the box office since its release on December 7, 2018. It's been a ride for Sara as she has been highly appreciated in her debut film and is often said the she is just like her mother when she made her debut in Chameli Ki Shaadi. While the audience and critics are praising Sara, it was sweet moment between her mom Amrita Singh and grandmother Sharmila Tagore that made her very happy. 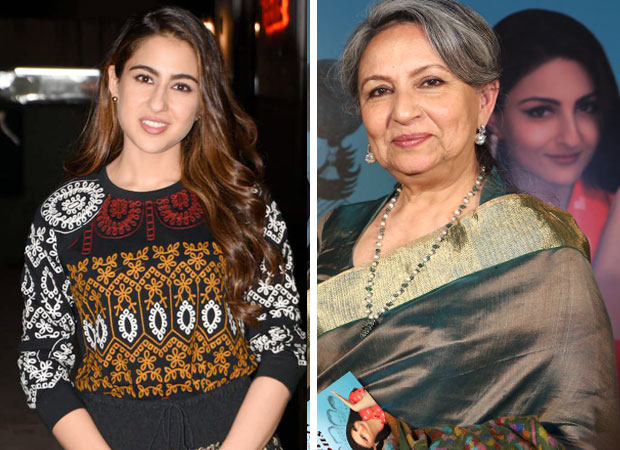 It seems like the two actresses hadn't spoken to each other ever since Amrita's divorce with Saif. While talking to Bollywood Hungama, Sara Ali Khan revealed that her grandmother Sharmila Tagore had messaged her mom after watching Kedarnath. "Dadi is extremely proud. She is getting a lot of messages from people and she messaged mom which was a big one for me. I think dadi messaging mom, after you know... life, that we have, that was really something. That's amazing. If as a character, you can bring audiences together and as an individual you can bring your family together for 30 seconds also, that's something."

Now, that is something Sara Ali Khan is very happy about as everything is the past for the family. The actress is gearing up for the second film, Simmba which is set to release on December 28, 2018. Helmed by Rohit Shetty, the film stars Ranveer Singh in the lead.

Also Read: Sara Ali Khan on Kedarnath's BO performance: “I don’t understand box office too much but it matters to me”