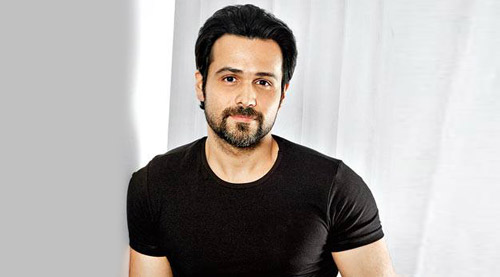 Call it a coincidence but Emraan Hashmi and his films going through a change in title has turned out to be pretty much a norm. While his upcoming film Raja Natwarlal was earlier titled Shaatir for the longest time, the news has just come in that his first ever international film White Lies would now be called Tigers.

"It is a drastic change no less," quips an insider, "From White Liesto Tigers, it is a complete shift. The good part though is that suddenly, the tone of the film is sounding much massier and commercially exciting too. Having said that, White Lies had a ring to it as well, considering the fact that it came from Oscar winning director DanisTanovic of No Man's Land."

Though it was being contemplated for a while that there would be a change in the film's title, the announcement has come in very recently as Tigers readies its plan for worldwide premiere at the prestigious Toronto International Film Festival this September. While there have been murmurs around the film carrying a controversial theme, nothing has been made public about Tigers so far, hence making it all the more intriguing.

"It would be too early to talk about the plot of the film. However, the film is dramatic and intense but narrated more in the style that Danis is known for. As for the title change then well, White Lies was always tentative to begin with and was only there in the capacity of the working title," says Emraan.

As for Shaatir turning into Raja Natwarlal, Emraan is a lot more vocal since he had a huge say and influence in making the change happen.

"I fought for getting it changed," says Emraan, "Yes, there were many people around me debating for Shaatir but I stood my ground. I just said that Raja Natwarlal was the title we needed for the film. In fact when we started shooting for the film, the title stayed on to be Shaatir. But then I had reservations about it since Shaatir seemed like entering a dark zone, which is actually not the 'sur' of the film. There is a lot more fun element in there and Raja Natwarlal suits the bill. Thankfully, everyone understood."

Given the history of Emraan's films going through a title change, there appear to be various reasons leading to that. His dramatic thriller Raftaar 24X7 became Rush after being stuck in the cans for years. Also, when he had just started his career, his romantic drama Zaroorat was rechristened as Tumsa Nahi Dekha when after a lot of hardships (change in heroine, directors Anurag Basu hospitalized due to cancer) it was finalized for release.

Now one just hopes that titles of his forthcoming films Mr. X, Hamaari Ashuri Kahaani and Ungli remain as-is on their release.