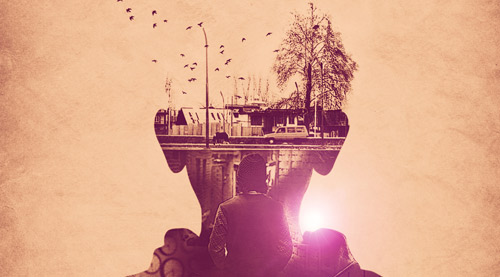 Kaafiron Ki Namaaz, a widely acclaimed Kashmir-set independent drama/thriller, will release online on April 7. A Hindi, English and Kashmiri feature film, written and directed by Ram Ramesh Sharma, and produced by Bhargav Saikia under his independent film company Lorien Motion Pictures, the film will release exclusively on the banner's official YouTube channel. Shot in the picturesque locales of Kashmir, Kaafiron Ki Namaaz is a movie well-known in indie film circuits.


But like many independent filmmakers, Saikia was facing roadblocks in releasing this debut project, which he and Sharma dropped out of film school in 2011 to make. The film was completed in June 2013. Thereafter, once the film had garnered visibility at film festivals, a few production companies had shown active interest in acquiring Kaafiron Ki Namaaz for a theatrical release, the producer shared. "As time went by, there were significant issues and delays regarding censor certification of the film, especially the film's title which hasn't been cleared for certification since 2011, and also certain scenes in the film which make a strong political comment", says Saikia.


Kaafiron Ki Namaaz is about a recently court martialed army officer, a writer and a musician who confess their most personal secrets to each other on a rainy Christmas Eve somewhere in Srinagar, Kashmir. What begins as a dramatic discussion between the army officer and the writer in an old, abandoned hotel soon turns into a chilling meeting raising some pertinent issues. Meanwhile, the writer's camera assistant stands as a mute spectator and records everything on his camera.


In the title, 'Kaafir' denotes impure and 'namaaz' denotes pure. Metaphorically, it symbolises the transformation of the film's characters from a state of impurity to a state of purity as the narrative moves forward.


Saikia shared, "After a long wait, it made sense that we release the film ourselves on a digital platform to enable and ensure that it reaches out to the audience in its entirety and without any limitations. Considering the independent nature of the film, it is more important for us to give the film the audience it deserves, and the digital medium is perfect for this purpose".


Further adding Sharma stressed, "Sometimes, for certain content, cutting the middleman out of the process is the best way to guarantee a large audience". "It allows a better engagement. A direct one. With no pressure of censor, screen count and distribution model, your vision gets communicated like the way you intended it to be".