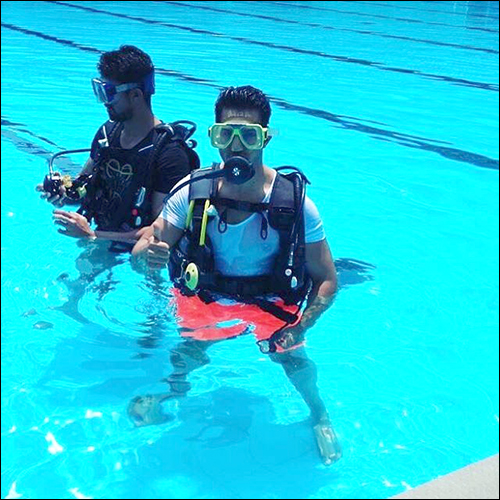 Last year was definitely a year to remember for Varun Dhawan. Apart from clinching numerous awards for his performance in films, the actor was also awarded as the best brand ambassador thanks to him going that extra mile. Well doing it once again this time for his currently under production film Dishoom, Varun has been training for some underwater sequences.

Posting an image of the training session on Instagram, Varun added, "Underwater training for #dishoom". But if that wasn't all, the actor also posted a video on his Instagram account thanking his fans for their support saying, "Thank you for the love in 2015. #dishoom 2016 #thankyou . Over295 million YouTube views for my films in 2015".