The crazy and mass fandom of Allu Arjun has crossed and transcended all boundaries and language barriers. His film, Pushpa has done an exceptional business across the country, with Allu Arjun's superstardom knowing no bounds. 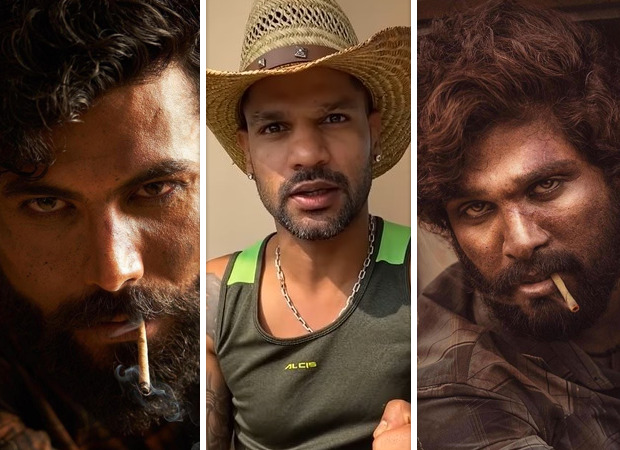 Recently, cricketer Ravindra Jadeja imitated the famous look of Allu Arjun and shared it on his social media, looking all things fierce and powerful. Earlier, even cricketer Shikhar Dhawan had shared a video of his mouthing Arjun's dialogue of Pushpa.

Reacting to Jadeja's post, Allu Arjun dropped fire emojis and wrote, "Thaggede Le," which is a punch dialogue from the film.

Reacting to Shikhar's video, the Pushpa star wrote, " Hello Gabbar" with a bunch of fire emojis.

The dialogues of the film have become a huge cult in the masses already and that craze doesn't seem to die down.

Pushpa: The Rise has Allu Arjun in the lead role along with Rashmika Mandanna and Fahadh Faasil in pivotal roles. The film is directed by Sukumar. Produced by Naveen Yerneni and Y. Ravi Shankar the Hindi version of the film will stream on Amazone Prime Video from 14 January 2022.