Work may be their priority but Anushka Sharma and Virat Kohli continue to give us couple goals. Distance wouldn’t stop the actress-wifey from expressing her love for her hubby dearest on social media. So, here’s what happened when Anushka Sharma couldn’t attend the match of Virat Kohli because of the shoot of Zero. 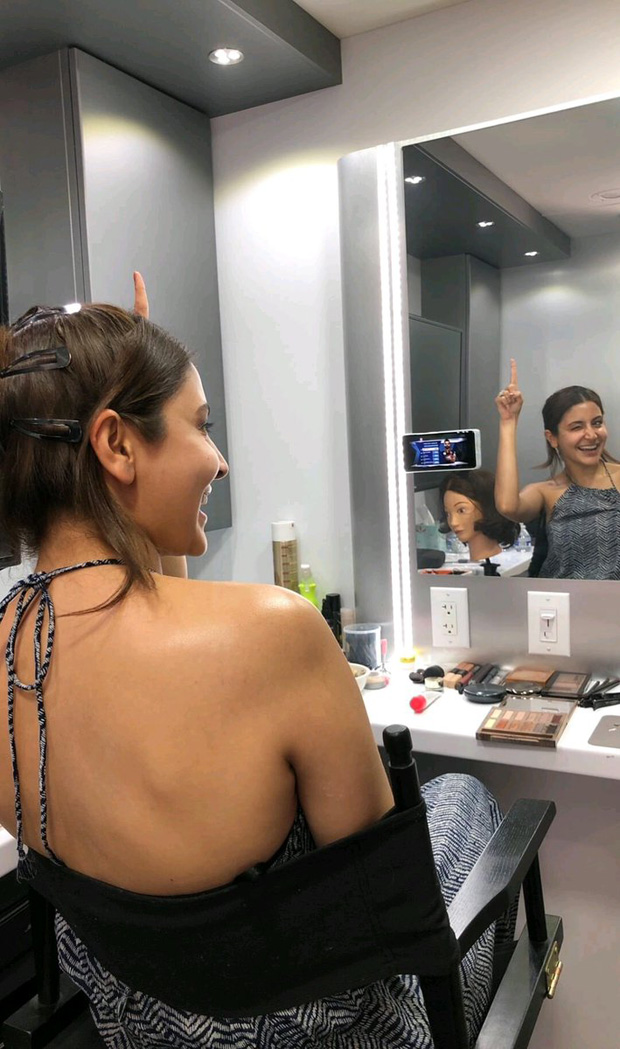 Well, the bubbly actress was happily cheering for her husband whilst sitting on the sets of Zero. It seems that Anushka Sharma decided to catch up on the match to see Virat Kohli playing for the IPL in her make-up van. The actress seems to have taken some time off from the shoot or probably it was just the remaining time between shoots. But neither of them served as an obstacle to the actress, who seems thrilled to see her hubby on her mobile. 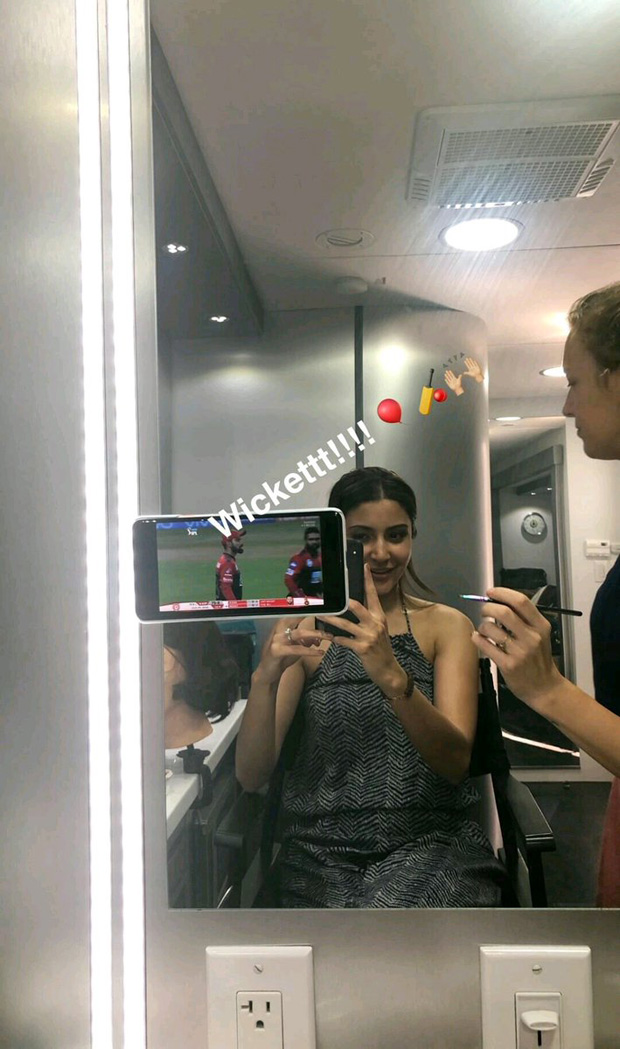 Furthermore, the doting wife even went on to set couple goals on social media by sharing these pictures as her Instagram story! For the uninitiated, Anushka Sharma couldn’t attend the recent match of Virat’s team Royal Challengers Bengaluru and Kings XI Punjab which was held in India. The actress however is in the U.S. where she is shooting for the Shah Rukh Khan, Katrina Kaif starrer Zero. Despite the time difference, Anushka did take time out for this special match which eventually ended in RCB’s victory. 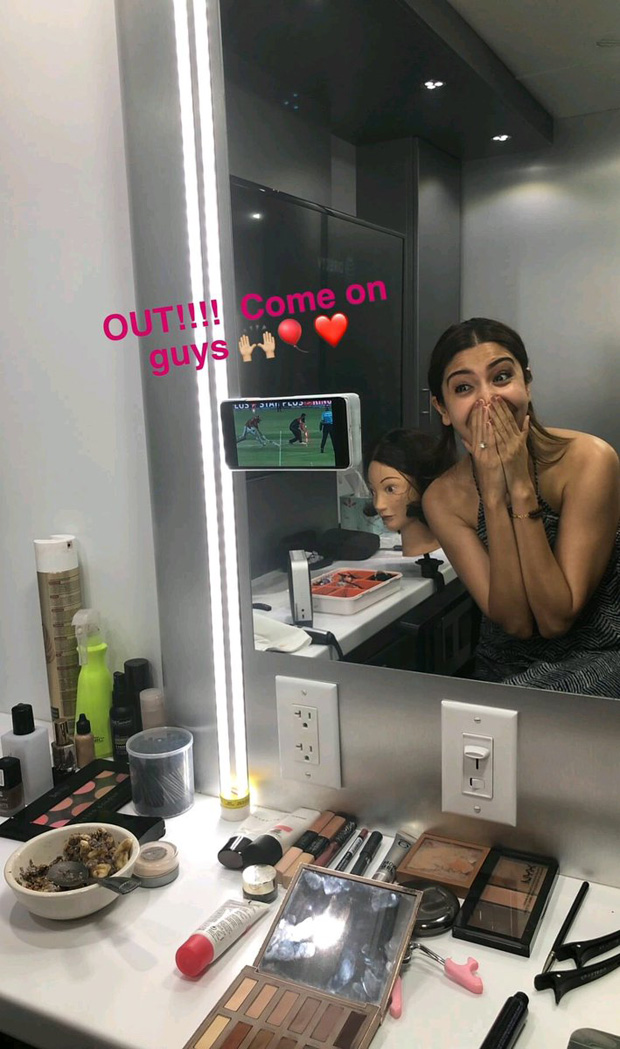 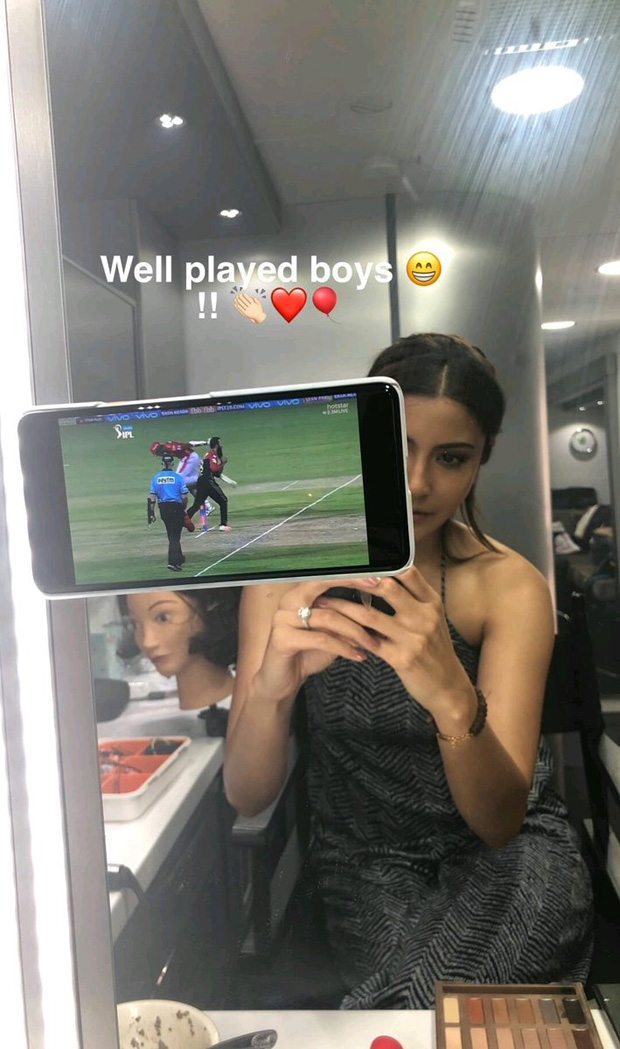 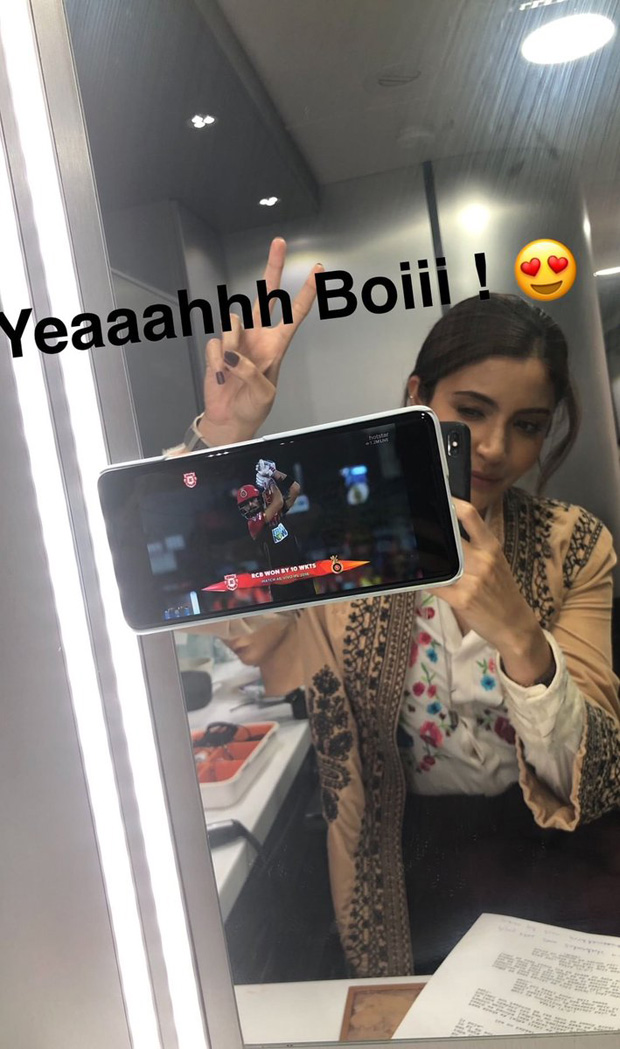 But their romance definitely didn’t end here! Anushka Sharma decided to share another post on her Instagram page wherein she was seen sporting a jersey with Virat Kohli’s name on it to cheer him. If that wasn’t all, the husband had the sweetest response to his wife’s gesture.