Sandeep, can we start about the interview with Anupama Chopra which has created an unprecedented furore?
Yes, I know. I can’t say I didn’t see it coming. I speak my mind unfiltered. And this was my first interview after Kabir Singh released. If my film had come and gone quietly, no one would have bothered. 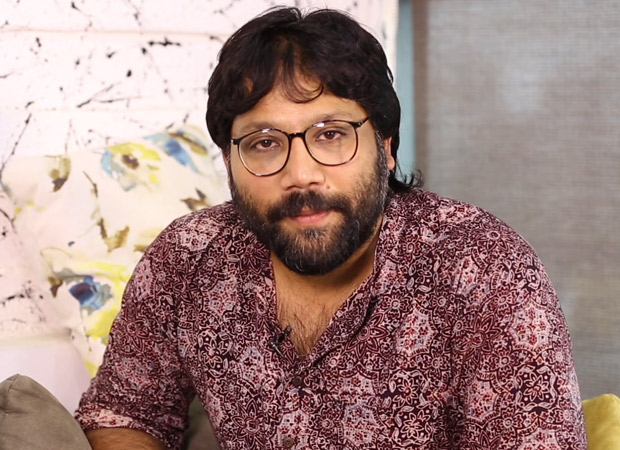 You sounded very angry and defensive in the interview?
I had to say what I had to say. And then they cut out portions of my comments so that  people don’t know what I said before and after some of the comments that have created a controversy. The content was edited in a very wrong way. So that a section of women got another chance to attack me. But, I was trying to explain my protagonist’s mindset. How Arjun Reddy/Kabir Singh feels is not exactly what I feel. Violence may be his way of expressing love. It’s not mine.

Why say that one needs to slap one’s partner to be honest in the relationship?
I never said one “needs” to slap. All I meant was, one needs to be fully honest in a committed relationship. And that honesty can take on a violent form. And why is only Kabir slapping his girlfriend Preeti being talked about? What about the fact that she too slaps him back? It works both ways .How they express their love is their choice. Why are some people judging them? And judging me for the way the characters behaviour? My point is, in a true relationship the emotions can get raw and violent.

Okay so when you speak of violence in relationships, you are speaking for your character. What about you? Would you resort to violence with your partner?
I would do anything and everything with my partner to make sure I am my real self. I would drop all defenses, pull down all my guards. For me, the essence of a strong relationship is honesty. I wouldn’t say I’d slap my partner. Even in the film… how do I explain to the idiots that , ‘Preeti ne pehle mari hai, phir Kabir ne maara’. It’s pointless to harp on the  slap.

It was in very bad taste for you to bring up a movie critic’s weight. Calling Rajeev Masand ‘fat’ is just not done?
It’s not as if I am hitting out at all critics. Some have been deliberately below-the-belt, only 2-3 of them really have really behaved  like parasites. You could literally see the hatred (for the film) in their eyes.

But how does it matter what some critics think?
You are saying this because Kabir Singh is a hit. You feel, why the need to get defensive? But it’s not about success or failure. It’s about the mindset of certain critics who get a kick out of pulling down any film that goes beyond the bandwidth of acceptable morality. You can’t take two points from my film and make a review. I, later, got to know that this guy (Masand) is famous and people listen to his reviews.

But his review couldn’t damage your film?
My film went beyond the reviews. It has connected so deeply with the youngsters that such reviews didn’t matter at all. But reviews can affect a less successful film.

I have to agree about one thing with you. We can’t make films about flawless heroes alone?
That’s what I am saying. And no one is flawless. Even the biggest heroes of our country have flaws. It is what makes them human.

Isn’t Kabir/Arjun partly your own story? Didn’t you also attend medical college like your hero?
Yes. I did. You know, when you’re writing a character especially for your first film, your own experiences are bound to spill into your writing.

Why did you agree to do the remake?
When you get a call from an actor liek Shahid Kapoor, you are  bound to do a rethink on remakes. Then I met him in Mumbai and we  really jelled.I was excited about the challenge to tell the story for a  larger audience. I  didn’t treat Kabir Singh  as a remake.

So who’s your favourite Vijay Deverakonda or Shahid Kapoor?
They both performed exceedingly well. In some scenes, Vijay was better. In some other scenes, Shahid excelled.

Coming from you, that is an unacceptable diplomatic reply?
No no. I am not being diplomatic. Both worked really hard.

And which version do you like better, the Telugu Arjun Reddy or the Hindi Kabir Singh?
I worked equally hard on both. They are both very similar and yet different. I always believed there must be a reason for every shot in a film. I couldn’t just make changes because I was addressing a bigger market in Hindi. Sure, it was a big leap. But I had to remain true to the character. There was a purpose for following the original.

What do you have to say about Dhruv, the forthcoming Tamil version of Arjun Reddy?
I have nothing to do with that. I was never asked to direct the Tamil version. My AD(assistant director) is directing it. I wish the project all the best. I love and admire Vikram Sir (Tamil actor whose son is being launched in Dhruv).And I’d only want good things to happen to his family. They made the film once and scrapped the whole film and made it again. It takes guts to do that.

Did the level of success of Kabir Singh take you by surprise?
It did. The level of success and the volume of hatred both took me surprise. Arjun Reddy got a lot more love from the Telugu critics. A very senior Telugu critic took her 14-year old daughter to see Arjun Reddy. That was my best review. And she is a true feminist, not a pseudo-feminist. After the love given to Arjun Reddy, I wasn’t ready for the bashing that critics gave Kabir Singh.

And yet Kabir Singh is a phenomenal success?
I had a heard a cult status only happens once to a film. But the Hindi version is a much bigger film than the Telugu version. I’ve seen Kabir Singh with the audience. The way they reacted to some scenes, for me it was the greatest award. This was the  audience I had made the film for. And they were on  my side.

When will you work with Vijay Deverakonda again?
The sooner the better. We share a fabulous equation.