From 1920 to Hasee Toh Phasee to Commando 2, we have seen Adah Sharma in various roles. Did you also know that Adah played Disha Patani’s role in Baaghi 2 in its original? She played the leading lady in its original Telugu film Kshanam. Loving the balance between South and Bollywood films, Adah is more than happy with the juggles even though it can be hectic. Amidst all of it she also manages to take out time for photoshoots. And most importantly fitness! The reason she can don some of the coolest bikinis in trend with confidence.

Adah Sharma turns cover girl for THE MAN for its April edition. In a candid chat with the magazine, the South-Bollywood star showcased her sense of humour. As promised to the interviewer, Adah maintains a fun take on all the questions that were thrown towards her. In a bid to get to know her better, it gave us a sneak peek into her idea of romance and sex. 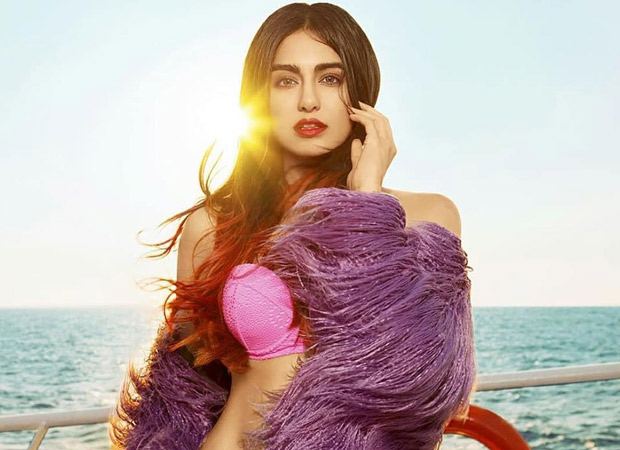 1. Fake Accents are a strict no-no!
“Fake accents… If he’s mimicking someone then I would love it, but if he speaks that way because he took a three-day trip overseas then *cringe*…”

2. If you are wearing tight-fitted jeans, well you aren’t on her list buddy!
“I’m all for freedom in clothing, but men in really tight fitted jeans, I find a little gross and them adjusting their area publicly. I like some things left to my imagination.”

3. Girls can check out boys too and Adah confesses on what’s her style!
Other than the fact that he can maintain eye-contact, Adah speaks on checking out guys’ ‘butt’. Besides that, a great smile does the job well.

4. Sapiosexual or Humour? Adah probably prefers a combo!
He could open with a funny line is Adah’s opinion. Well, ‘good grammar and impeccable sentence formation skills’ can work in his favour too, according to Adah!

5. Ideal date
‘Not the one for high-funda dates’, her ideal friends’ night includes movies, pizza and pani puri. In her idea of a perfect date, Adah likes to keep it hatke and for example she cited wearing a bikini in the snow.

6. Turn-ons in the bedroom!
“It would be great if he has a good smelling body and good breath.” She added, “Actually all it takes for me to be turned on… he doesn’t have to do backflips… but if he can, (it) would be great… when he’s at it then maybe throw in some handstands and somersaults as well!”

Also Read: Adah Sharma roped in as the face of Celebrity Badminton League