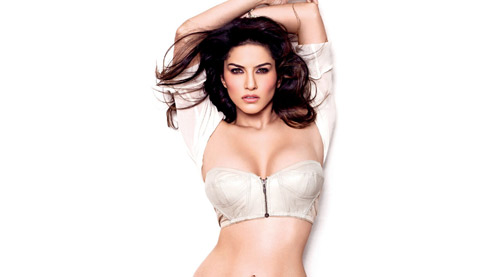 I sometimes have to pinch myself and think from where to where have I come and all the amazing things that have happened. There's a moment where I was sitting on the couch with my husband when I was offered Bigg Boss and we just said, "Screw it, let's do it, whatever happens, we are going to take a chance." It was that particular moment that changed my life. It was a moment of saying, "Yes, I'm going to take a chance to do this."

What I can say about my journey is that it's not the normal journey. It's not something that's the norm. I see myself as someone who has done everything backwards and now trying to move forward. It hasn't been easy. It still isn't easy. My journey is full of craziness, madness, ups, downs, highs, lows, just all of it.

When I meet people on the streets, get emails from women and even husbands and wives asking me questions about their love life, I realize that if anything I give people the hope to talk about something openly. The whole idea of sex is not that crazy. Everybody's doing it. It happens at every single day and every second of the day, all around the world! When you open yourself up to being able talk about different things, you also open yourself to being safer or having a better life with your partner and I think that's good.

People consider adult entertainment industry as dirty or unsafe. However, adult entertainment in America is probably safer than two people meeting at a bar and going back to their apartment and having an intimate night together. You have no idea where that person has been, you don't know what they were doing yesterday or a week before! And that's something that's not openly talked about even in America. You don't meet somebody at a bar and ask someone, "So when was the last time you were tested?" For me, that's a first-date question. When you talk about these things, it makes people more aware. But in India, people prefer to proclaim that "I'll be virgin until I get married" or "I believe in love and arranged marriage" etc. Even in case of my parents, there was no talk about these things because nobody had sex out of marriage

During Jism 2 release, there were protests against the film and my posters were burned. I realized that there would be people who love me and I guess there would be people who don't like me. If you want to burn me, fine, I don't care. Light the pictures, not me, personally! And anyways, I can't change people's perception. I can only change one person's opinion at a time. Just give me 5 minutes to have a conversation with you and you'll know that I am just as normal as everybody else. I know there are people who are scared of working with me. But for everybody out there, you'll never have a harder working co-star than I am. That'll only happen with time.

But then, we are all getting judged every single minute of the day. Someone's always judging you. When you put yourself out there on the big giant screen, you put yourself out there to get judged. I can't change people's perception, unless they actually want to give me a chance. Also, I am aware I don't think I can change my past. I can't erase the internet and all the things that I have done. I am not even ashamed of what I have done. My past has got me standing on this position today. I am happy for that and I am proud of it. Sexy is something that I am never going to get rid of. It's who I am. I think what people don't realize is that they are watching Sunny Leone grow up. Being an adult actor was one chapter of my life and that chapter is closed. So I am not trying to shed any image. I can't do both properly. So I have closed that chapter so that I can totally focus on Bollywood.

As far as the sexiness goes in films, there has to be sexiness. That's why we love watching movies. We don't watch Shah Rukh Khan take his shirt off and think, "Oh, he's like the guy next door"! Instead, we think that "He's hot; he's sexy"! Here I'd like to admit that my perception of bold and sexy is already skewed and on some other level! I consider myself as a goof ball. I am a big kid stuck in a sexy body.

I am happy I am not a gossiping kind of person unlike many other actors. I like to just stay away from all the drama and would prefer doing my job and going home. I want to have fun. If I make friends along the way and create some great relationships, then that's wonderful. For me, a career in Bollywood is my dream come true! Why would I want to mess it up? Why would I want to go out and be a part of some party scene and then let people start talking about it in a different way? They are already talking about me in very different ways! I don't need to keep adding to it.

People think when someone works in the adult entertainment industry; he or she is of a certain way. They don't see adult entertainment as a job. But it's more of a job than anything else. What goes behind the scenes in other fields, industries or in entertainment industry itself, I am not that person at all. I am an open book to most people. You ask me a question, you get a straight answer from me. I neither have anything to hide nor do I want to put myself in such a position. Whatever I have done in my life, I did with my own conviction and my own decision. No one was forcing me. Nor did I feel forced!

We have to be comfortable with what we are. I am very confident with who I am. I might not talk about myself in that way to people because I just don't. My personality is not like that. But I love what I do. I think if the movie calls for me to be sexy, then great. You believe me as a sexy character in the movieâ€¦woot woot! I did my job!

I think I am very true to my sun sign - Taurus. I am bold in every way. I am very nice to people. I have a lot of patience. But when you push me into a corner, I will come out fighting and I won't stop until I get what I want. The one thing I love to do is to prove people wrong. It's something that I thoroughly enjoy.

And anyways, no matter if they like me or hate me, they are still Googling me!