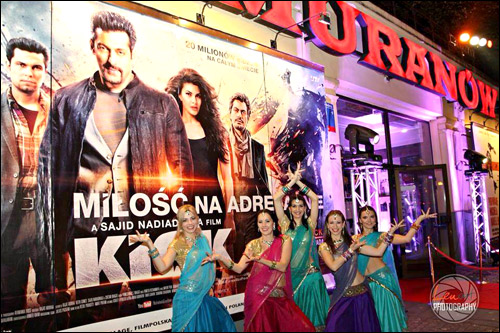 The Sajid Nadiadwala directorial debut film Kick featuring Salman Khan and Jacqueline Fernandez in lead roles that released a while back did extremely well at the box office owing to the loyal fan following of the superstar. Now, months after the film released in India, it has finally released in Poland.

Kick released in Poland on November 6 across 4 cities (Warsaw, Lublin, Karkao, Luds), with plans to release it in other cities as well. In fact a premiere of the same was held in Warsaw.

Interestingly quite a few portions of the film had been shot in the scenic locales of Poland, while lead actor Salman Khan had also expressed a desire to come back to the destination and unwind.

Produced by UTV motion pictures and Sajid Nadiadwala, Kick also starred Randeep Hooda and Nawazuddin Siddiqui and it released in India on July 25.