In one of the most exciting news, Hollywood star Chris Hemsworth arrived in India for the shoot of the Netflix film, Dhaka this past weekend. The film was announced earlier this month and is written by Joe Russo, one of the directors of Captain America: Civil War and Avengers: Infinity War. The film is set in India and Chris will be joined by critically acclaimed actors, Manoj Bajpayee and Randeep Hooda. 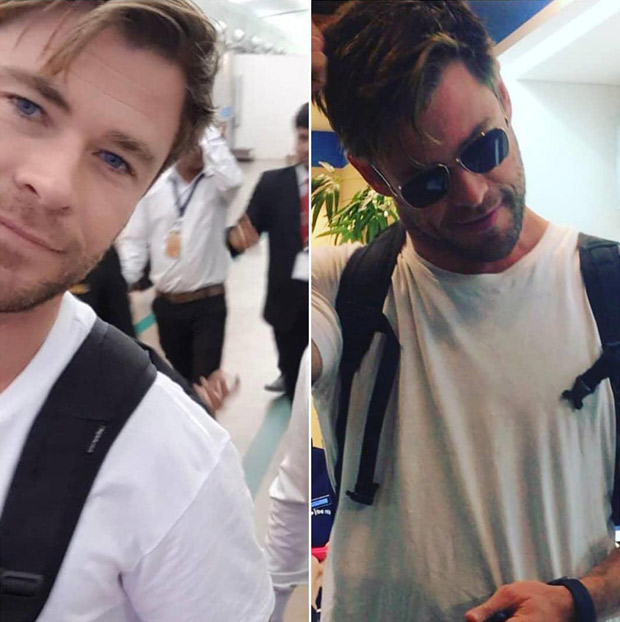 Chris Hemsworth arrived at Ahmedabad airport on Sunday, October 28. His shoot for the film kicked off on Wednesday. He is reportedly in Dharamshala for the ongoing Dharamshala International Film Festival. Manoj Bajpayee and Randeep Hooda are yet to join the team for the shooting. The Ahmedabad shooting schedule will be of 10 days followed by Mumbai schedule. In Mumbai, two locations Dharavi and Byculla have been zeroed in for the shoot. After that, they will reportedly head to Thailand.

Hemsworth, meanwhile, has expressed his wish to explore Rajasthan and check out the cuisine and scenic beauty. The actor earlier has visited Leh, Delhi, Agra and Goa with his family during his last visit in 2015.

Written by the Russo Brothers, Manoj Bajpayee will reportedly essay the role of an Indian don whose son is kidnapped and is rescued by Hemsworth's character. Dhaka is an action film and will mark the directorial debut of Sam Hargrave.

#THOR aka @chrishemsworth arrives in Ahmedabad to begin shooting for #Dhaka, a film written by the Russo brothers for Netflix. The film reportedly stars @bajpayee.manoj and @randeephooda | @realbollywoodhungama