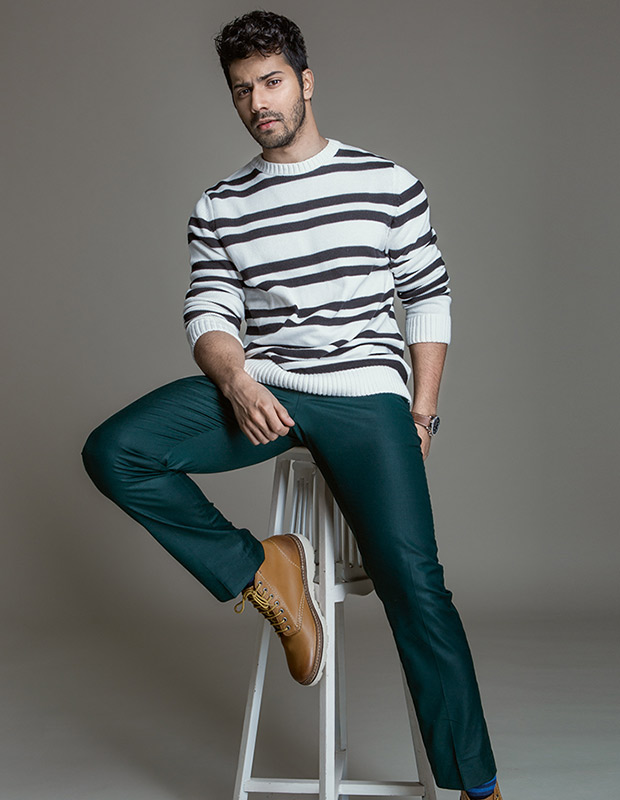 The fifth season of Koffee with Karan has got off to a brilliant start, after featuring the duos of Shah Rukh Khan and Alia Bhatt, Akshay Kumar and Twinkle Khanna and Ranveer Sing with Ranbir Kapoor the next episode of the show promises to be all that and more with Varun Dhawan and Arjun Kapoor.

“As a child I think I was a nudist” – Varun Dhawan

In fact, the soon to be aired episode hosted by none other than Karan Johar will see the two young Turks talking about a lot many things besides films. In fact revealing a detail about his childhood was Varun Dhawan who went on to say, “As a kid most of the time I would just run around in my underwear. I guess I was a nudist as a kid”.

Apart from this startling revelation, both Varun and Arjun had soime fun developing their own language that perplexed the host of the show.