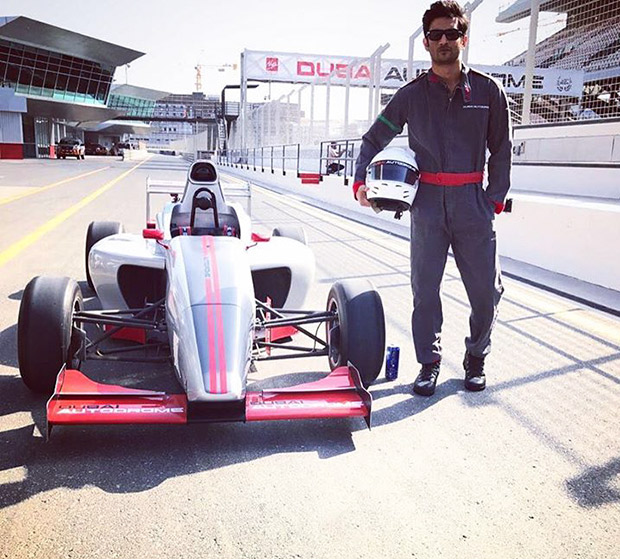 Sushant Singh Rajput who was last seen in the film M.S Dhoni - The Untold Story seems to be enjoying life. The actor who recently wrapped up shooting for his next film Raabta commenced worked on Homi Adajania’s Takadum as well.

But taking a break from shooting, Sushant visited Dubai where he decided to indulge his racing side. Posting an image of him clad in racing gear while standing alongside a formulae race car, Sushant posted, “I look at her and the 'present' musters the courage to dare eternity and the 'future' waits with generous patience to allow me my time with her.”

On the film front, after successfully playing the role of Mahendra Singh Dhoni in M.S Dhoni – The Untold Story, Sushant will be seen in Raabta where he will star opposite Kriti Sanon and Takadum in which he is paired with Parineeti Chopra.