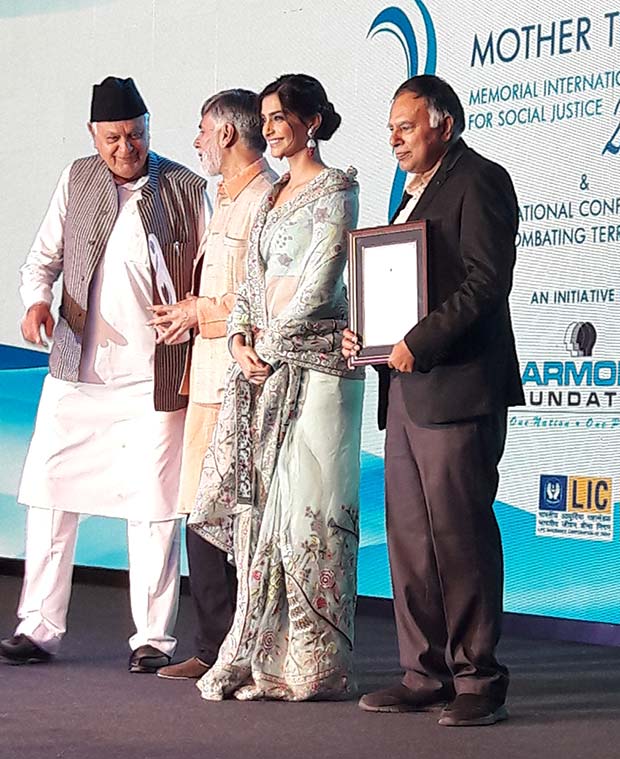 The Mother Teresa Memorial International Awards for Social Justice 2016, which is in its 12th year, has invited Sonam Kapoor to be Guest of Honour at the event, which will discuss Combating Terror through Education.

The Pan Am brave heart Neerja Bhanot who displayed tremendous courage and bravado and who saved countless lives, will also be celebrated at the Mother Teresa Memorial International Awards for Social Justice 2016,where she was bestowed a special award at the ceremony.

Sonam Kapoor, who was applauded for her nuanced and sensitive portrayal of Neerja, in the biopic that went on to become one of the highest grossers of all time, was invited by the panel and by the Bhanot family, to receive the award on her behalf.

Sonam joined the academics, scholars, researchers, intellectuals, human rights activists, prominent members of civil society and International NGOs on the dais. Says a source, "Sonam continues to remain close to the Bhanot family and was deeply moved by Neerja's story. The foundation were keen on having her accept the award on Neerja's behalf as they felt that the Pan Am brave heart has been immortalized by Sonam's exemplary portrayal of her in the film. Despite being a front runner this award season, with several best actress awards already pouring in, this award is the most special to Sonam. She will be taking time out from her schedule to attend the ceremony with Neerja's family".

Says Sonam Kapoor, "This award is special for so many reasons...I was very happy to join the Bhanot family and receive this award on behalf of the brave heart whose courage has set an example for everyone who wants to make a difference".