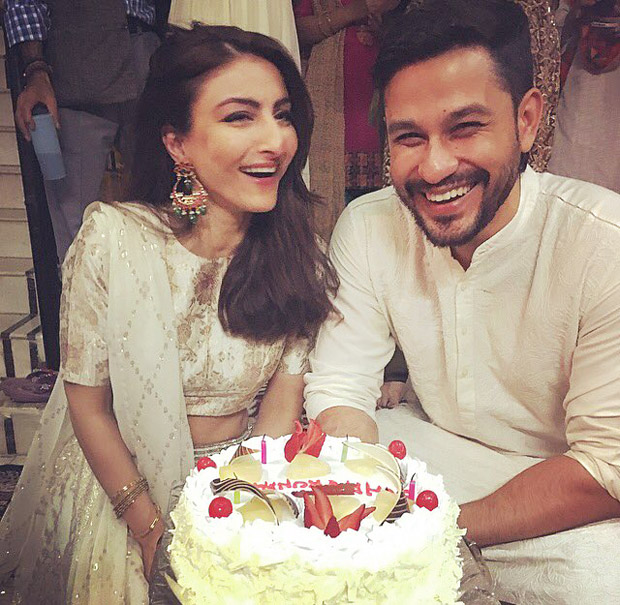 Actors Soha Ali Khan and Kunal Khemmu dated for many years before they got hitched in 2015. It was a private wedding with just family and few friends. Two years later, Soha Ali Khan had an adorable message for Kunal on the anniversary.

Soha shared an adorable picture with Kunal celebrating their 2 year anniversary by cutting a cake. Matching in traditional white outfits, the couple was all cutesy and smiling all the way. Soha captioned the picture, "Today is a happy day @khemster2 #happyanniversary."

On the work front, Soha Ali Khan was last seen in Harry Sachdeva's produced film 31st October opposite Vir Das. It was based on a true story that focused on the aftermath of Indira Gandhi's assassination which occurred on 31 October 1984.