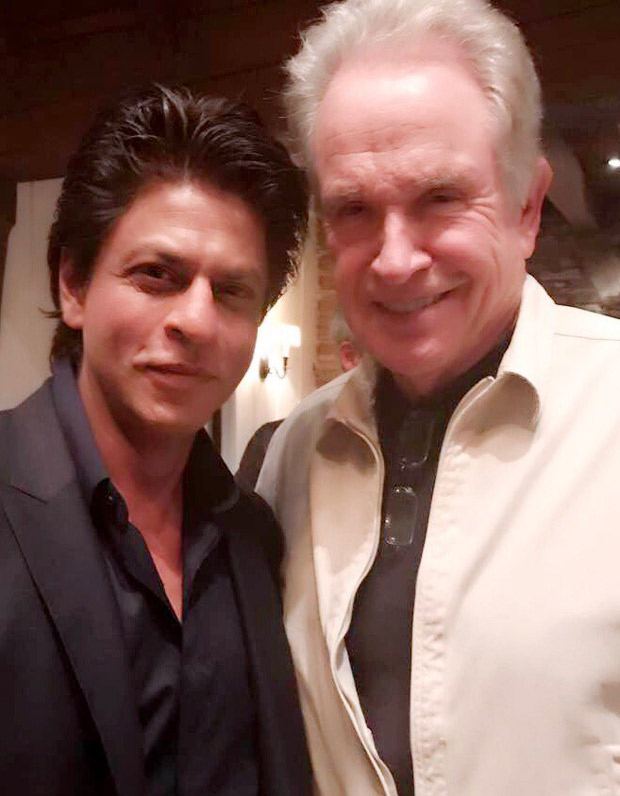 Shah Rukh Khan was recently in Vancouver for the TED conference where he gave a speech at the TED Talks 2017. The superstar’s speech instantly went viral as SRK was at his witty and wisest best. After the conference, Shah Rukh Khan flew to Los Angeles to catch with some of his friends.

During his visit to LA, Shah Rukh Khan had his fan moment when he met one of his favourite actors of all time, Warren Beatty. Warren Beatty is one of those Hollywood actors who became a star after his debut film only but was also in news for a major goof up at the Oscars 2017.  "After a whirlwind, travelling spree spent a quiet evening with friends in LA and met one of my favourite stars... Warren Beatty," wrote SRK after meeting him.

On the work front, Shah Rukh Khan is working with Anushka Sharma in Imtiaz Ali’s yet untitled romance drama. This is the third time Shah Rukh Khan and Anushka are teaming up after Rab Ne Bana Di Jodi and Jab Tak Hai Jaan.