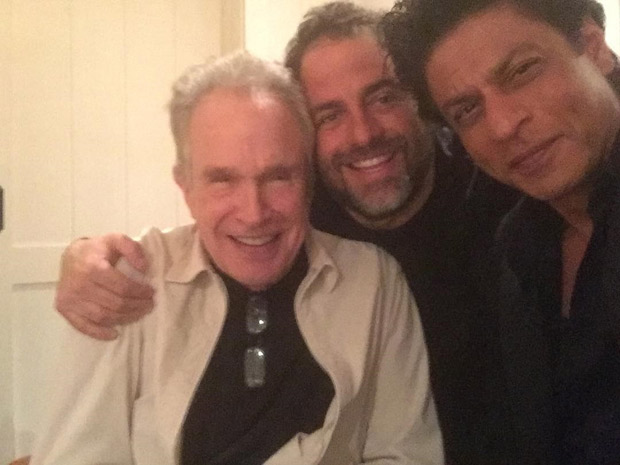 Shah Rukh Khan was recently in Vancouver for the TED conference where he was invited to give a speech. At the TED Talks 2017, SRK was at his witty best. After the conference, Shah Rukh Khan flew to Los Angeles to catch with some of his friends.

In Los Angeles, Shah Rukh Khan met up with few of his friends before returning to India. One of them was Rush Hour director Brett Ratner who is close pals with SRK. At the party, SRK also had fan moment when he met Hollywood legend Warren Beatty. Brett shared a picture with SRK and Warren Beatty and wrote, “A #WarrenBeatty #ShahRukhKhan @iamsrk sandwich @thehilhavenlodge.” SRK also met veteran director/ producer Peter Bogdanovich and Amazon’s Head Roy Price. 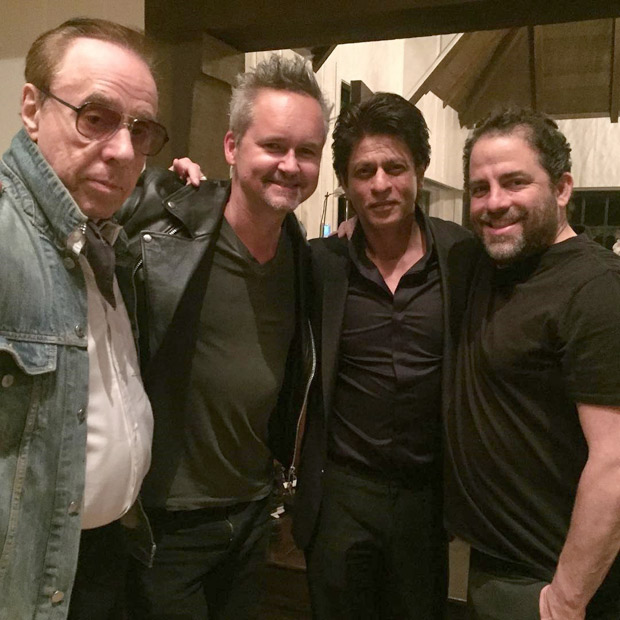 On the work front, Shah Rukh Khan is working with Anushka Sharma in Imtiaz Ali’s yet untitled romance drama. This is the third time Shah Rukh Khan and Anushka are teaming up after Rab Ne Bana Di Jodi and Jab Tak Hai Jaan.