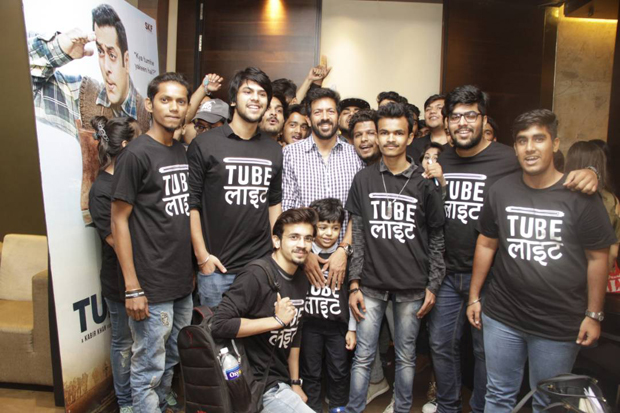 Over the past couple of days Salman Khan has been teasing his fans and followers on social media about the impending teaser of his next venture Tubelight. Finally after a long wait, the teaser of the Kabir Khan directorial released today, however the makers decided to make it extra special for Salman’s fans.

In fact, Salman Khan’s production house Salman Khan Films showcased the much awaited and highly anticipated teaser of Tubelight first for Salman Khan’s fans at a private screening. Though Salman Khan himself was sorely missing from the screening director Kabir Khan did attend the same, and happily posed with the fans as well for a photo session post the event. 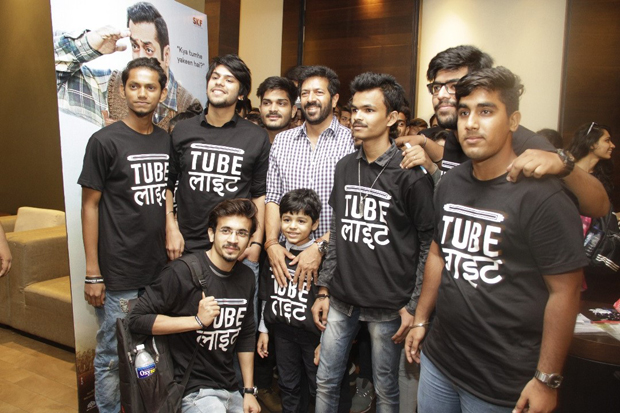 As for the film, Tubelight which is set during the 1962 Indo-Chinese war stars Salman Khan and Chinese actress Zhu Zhu. Directed by Kabir Khan the film is slated to release on June 25, 2017