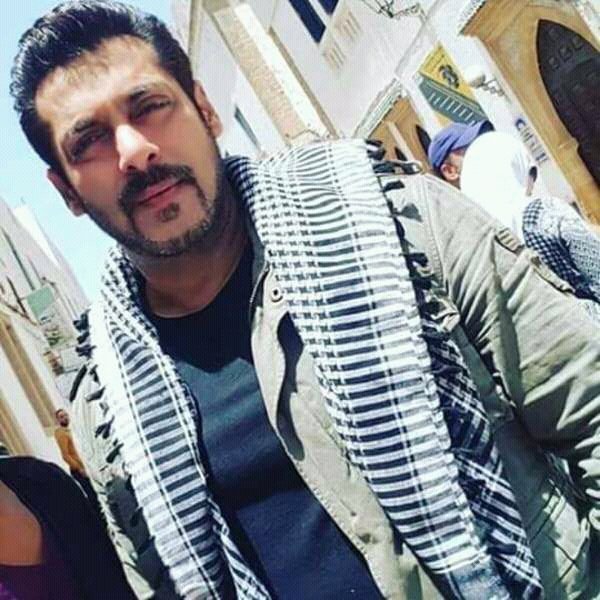 One of the highly anticipated films of the year is Salman Khan and Katrina Kaif starrer Tiger Zinda Hai which is bringing this on-screen pair together after five years. After Ek Tha Tiger in 2012, the sequel promises to be bigger and action packed.

After wrapping up Morocco schedule, Salman Khan and Katrina Kaif have begun the shooting of the climax in Abu Dhabi. The last schedule is on in full swing as the two stars are engrossed in hectic work schedule. We came across a photograph of Salman Khan from the sets of the film in which he donning the look of his character Tiger in an olive colour jacket over a blue t-shirt with a monochrome scarf.

As fans are lining up at the shoot location to catch a glimpse of Salman Khan, he recently took to his social media to thank them. He was overwhelmed by the response and love they received and thanked them for their continuous support. Salman wrote, "Shooting for Tiger Zinda hai thank you #AbuDhabi government and all the fans for the incredible love and support."

Directed by Ali Abbas Zafar, Tiger Zinda Hai will be bringing back Salman Khan and Katrina Kaif in action as Tiger and Zoya. The film is scheduled to release on December 22, 2017.