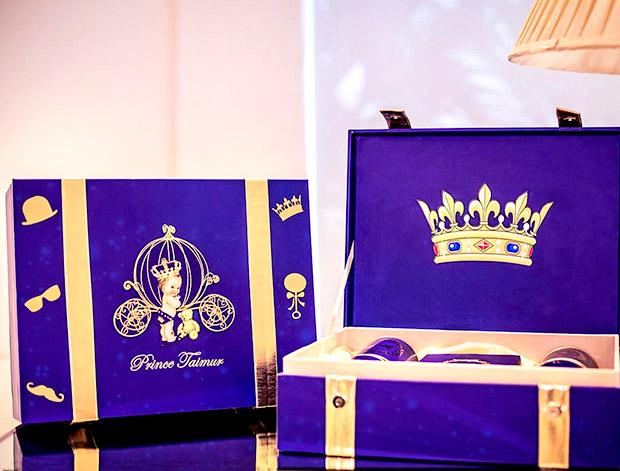 Saif Ali Khan and Kareena Kapoor Khan welcomed their first child Taimur Ali Khan almost a month ago. Ever since the kid was born, he has been the talk of the nation for his name as people criticised the parents for naming him after Turkish ruler.

Saif Ali Khan had even clarified that they had not named their son Taimur after the Turkish ruler and invader Timur. He informed that Taimur is an ancient Persian name, meaning iron. Now, after the pictures of his royal nursery went viral on social media, it’s now his birth announcement box which is doing rounds on the social media. Nitin Khurana from The Sweet Boutique in Delhi shared a picture of Taimur’s royal blue birth announcement box on his Instagram account. The card reads 'Prince Taimur' and features a baby's face with teddy bear and a crown. The box is undoubtedly beautiful and royal in every way. Now, the post from his account has been deleted.

On the work front, Kareena Kapoor Khan will soon resume shooting for Rhea Kapoor's production Veere Di Wedding which also stars Sonam Kapoor and Swara Bhaskar. Saif Ali Khan, on the other hand, is gearing up for the release of Vishal Bhardwaj's period drama Rangoon which also stars Shahid Kapoor and Kangana Ranaut.